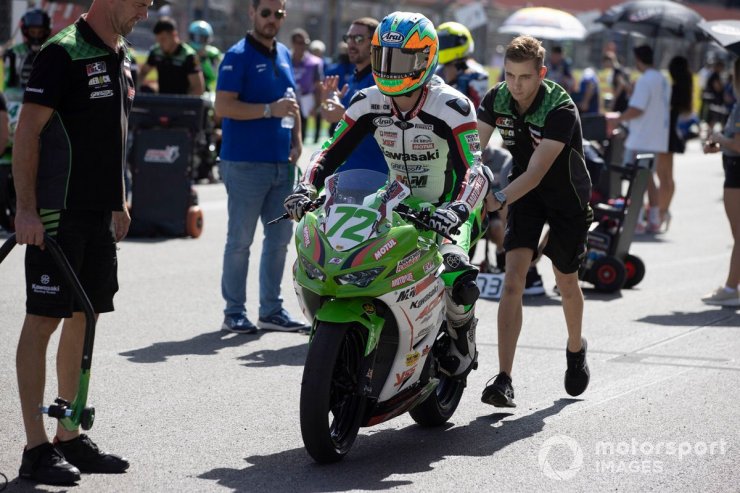 Victor Steeman Cause of Death

World Supersport 300 rider Victor Steeman has died at the age of 22 following a crash in last weekend’s penultimate race of the season at Portimao.

Motorcycle racing’s governing body, the FIM, announced on Tuesday evening that the Dutch rider had succumbed to head injuries sustained in a multi-rider accident at Turn 14 in Saturday’s opening race at the Portuguese track.

The crash caused the race to be immediately stopped, delaying the rest of the day’s schedule and resulting in that afternoon’s opening World Superbike race of the weekend being cut from 20 to 14 laps.

MTM Kawasaki rider Steeman was taken to the medical centre before being transferred by helicopter to hospital in the nearby city of Faro, where he would sadly pass away several days later.

A statement released by Steeman’s family said: “Something you have always been afraid of as a parent of a motorcycle racer has now happened. Our Victor could not win this last race.

“Despite the unbearable loss and grief, we are extremely proud to share with you that our hero, through his passing, was able to save five other people by donating his organs.

“We would like to thank everyone for the way you have lived with us over the past few days. We will miss our Victor enormously.”

The World SBK has also taken to Twitter to mourn the young lad who had a promising future.