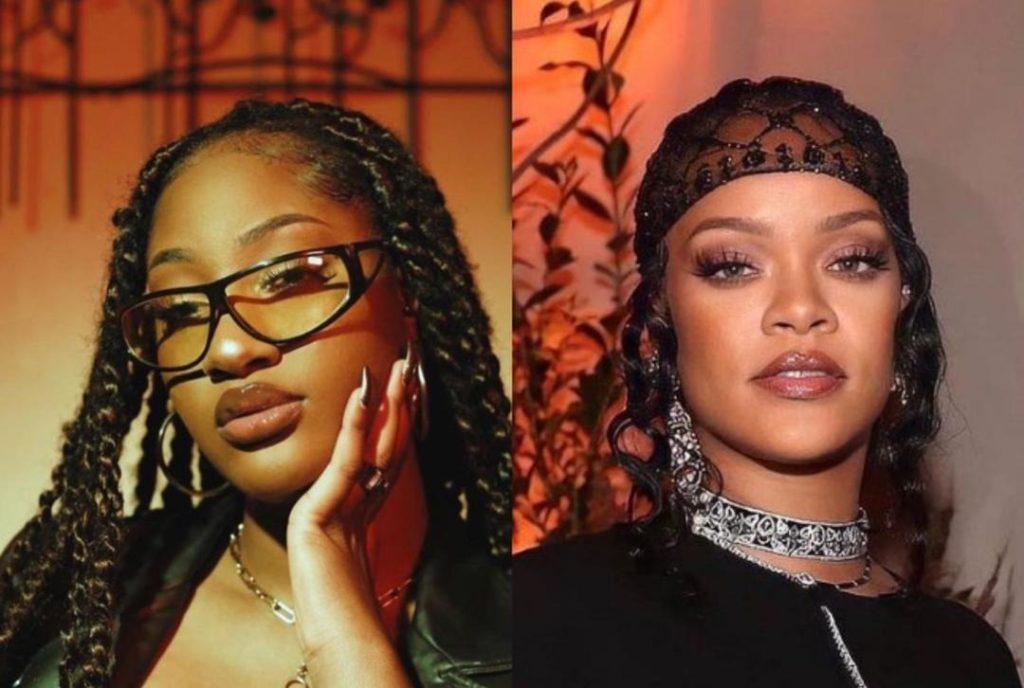 Barbadian-American singer, Robyn ’Rihanna’ Fenty has hailed Nigeria’s Grammy-nominated singer, Tems, on Friday.Naija News reports that the beauty mogul is making a big comeback with Tems in the new single titled “Lift Me Up.”

The song is a lead single for the “Black Panther: Wakanda Forever” soundtrack and was co-written by Tems, Rihanna, Ryan Coogler, and Oscar winner Ludwig Göransson to honour the life and legacy of the late Chadwick Boseman who died from cancer in 2020 at the age of 43.

Taking to her Instagram, Tems shared the cover design for ‘Lift Me Up’ revealing that she is blessed to be part of the project.

She wrote: ”Blessed to have written this song in honour of Chadwick Boseman and even more blessed to hear the baddest @badgalriri voice it to perfection.”

Rihanna in response replied: “It’s the pen for me. Love to you sistren.’

Advertisement
READ ALSO:   OMG! Seven sisters celebrate as their father who repeatedly r3ped them and fathered a child with one of them is jailed

Tems on Thursday via the microblogging platform, Twitter, in a statement explained her role in the song, ‘Lift Me Up’.

She wrote: ”After speaking with Ryan and hearing his direction for the film and the song, I wanted to write something that portrays a warm embrace from all the people that I’ve lost in my life.

”I tried to imagine what it would feel like if I could sing to them now and express how much I miss them. Rihanna has been an inspiration to me so hearing her convey this song is a great honour.”