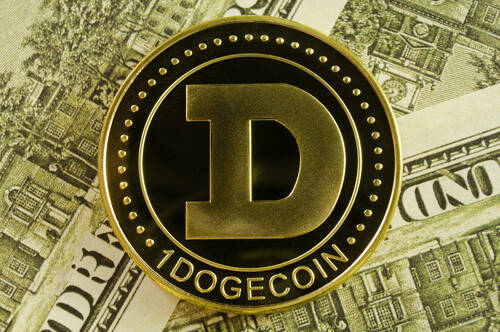 Lately Dogecoin (DOGE) has been behaving more like a greyhound and less like the Shiba Inu that represents the meme-based cryptocurrency.

With the rally to six-month highs, DOGE has replaced Ethereum competitor Cardano’s native token ADA as the sixth largest cryptocurrency in the world. At press time, DOGE, which was started as a joke in 2013, had a market cap of about 17.5 billion, while ADA had a market value of $14.5 billion. DOGE’s market cap currently exceeds that of more than 120 members of the S&P 500.

DOGE seems to be rallying on the back of long-time DOGE fan Tesla CEO Elon Musk having wrapped up his purchase of Twitter. In the past, Musk has vouched for using DOGE to limit spam and bots on Twitter and charge users for their tweets.

According to Cardano founder Charles Hoskinson, Musk’s takeover of Twitter has increased the probability of DOGE merging with the social media platform. On Friday, Hoskinson invited Dogecoin to become a sidechain on Cardano.

It is still unclear what Musk plans to do with Dogecoin. That leaves the door open for continued speculation and price volatility.