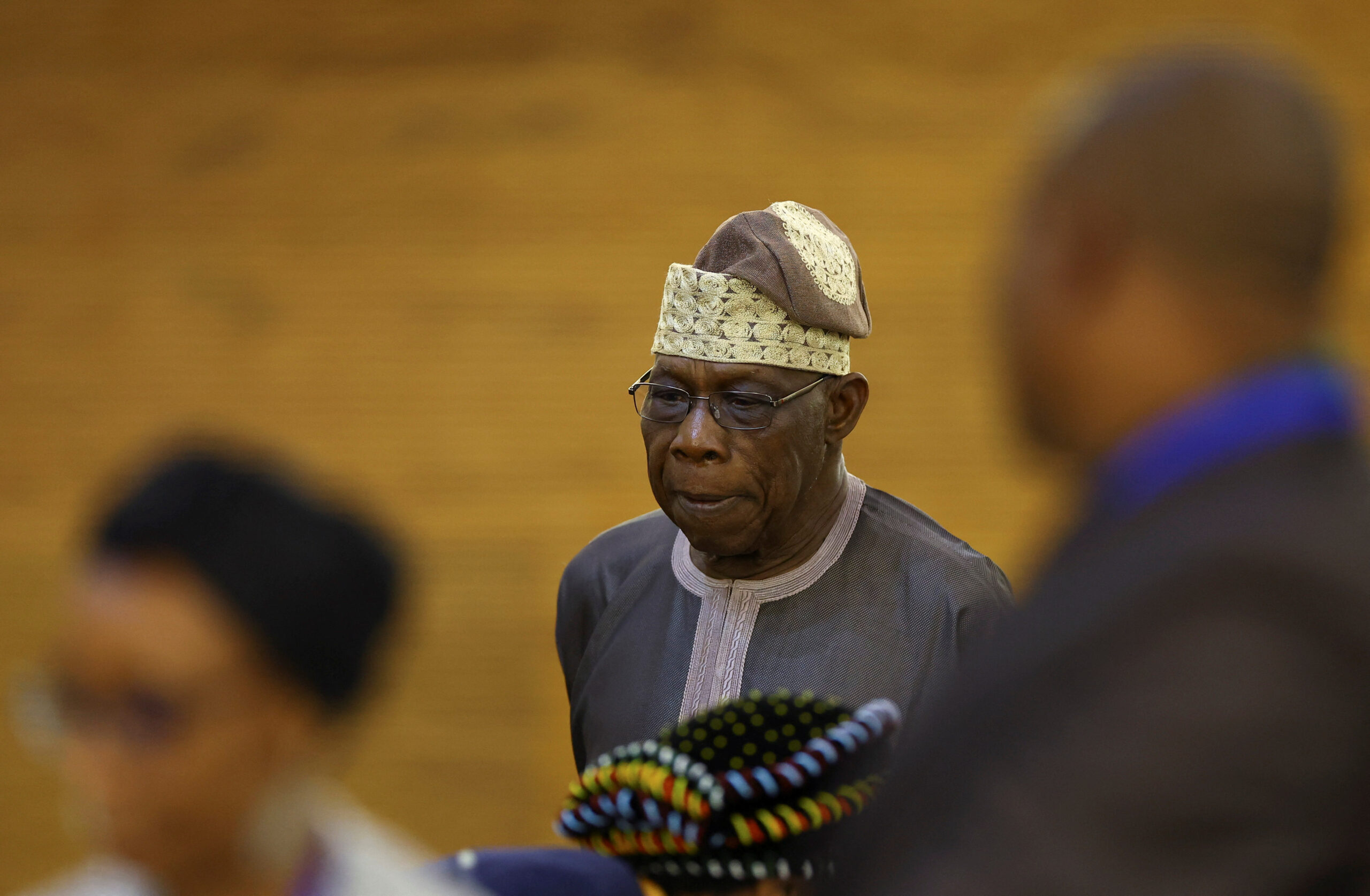 Olusegun Obasanjo has had mixed results as a mediator of intractable conflicts across Africa since he stepped down as Nigeria’s president in 2007, although he has never tired of trying.

But on Wednesday the 85-year-old secured a surprise win, leading the team that announced a cessation of hostilities in Ethiopia, marking a diplomatic breakthrough in a conflict that has killed thousands, displaced millions and left many starving.

Aware that permanent progress in ending two years of fighting with roots that can be traced far further back in Ethiopia’s history, the former army officer struck a cautious note.

“This moment is not the end of the peace process,” the African Union mediator said. “Implementation of the peace agreement signed today is critical for its success.”

Welcoming Ethiopia’s government and the Tigray forces to a signing ceremony on Wednesday in South Africa’s capital Pretoria, where talks have been held since Oct. 25, he said the agreement would allow the restoration of humanitarian supplies to Tigray.

Obasanjo stepped down from Nigeria’s presidency in 2007 and presided over elections that marked the first handover of power from one civilian head of state to another in Nigeria since it became independent from Britain in 1960.

Many Nigerians wondered at the time of that vote whether the man who regularly spoke of his plans to retire to his chicken farm really meant to relinquish power, after his allies had at one stage sought a constitutional change to secure a third term for him.

In the end, he delivered on his promise, at least in part.

He gave up the presidency, but instead of heading off to tend his poultry he launched a new career trying to calm flare-ups across the continent, stretching from the Ivory Coast and Liberia to Congo, Angola, Burundi and Mozambique.

Some cooled down, others simmered on.

The test now is whether Ethiopia’s conflict is on track for a permanent peace deal or just a temporary respite.

ONCE HAILED A DEMOCRATIC HERO

His own country, meanwhile, has remained prey to instability.

When president of Nigeria, an OPEC state which has struggled with violence across much of its territory, he faced insurrection in the oil-producing Niger Delta, which he was criticised for dealing with harshly.

He did all in his power to block a presidential bid by his estranged deputy, Vice President Atiku Abubakar.

That move was blocked by the Supreme Court, although Abubakar never managed to secure the top job.

In the eyes of many in Nigeria and abroad, these manoeuvres tarnished his reputation as a democrat.

Obasanjo first gained prominence during the 1967-1970 civil war over the Biafra region. As a young colonel in the federal army, he received the surrender of the secessionist Biafrans.

After a coup in 1975, Obasanjo was number two in the military government of Murtala Mohammed, and when Mohammed was assassinated the following year, he became head of state.

He presided over elections in 1979 and handed over power to an elected president — the first Nigerian army ruler to do so.

Ater a long period out of the limelight, Obasanjo was convicted of plotting to overthrow dictator Sani Abacha, on what were widely seen as trumped-up charges, and jailed in 1995.

After Abacha’s death in 1998, Obasanjo was released and was elected as civilian president in 1999.

As president, he restored Nigeria’s status as a major African power after years of isolation under Abacha, sending peacekeepers into several war zones and being feted at international summits.

He brought in a team of economic reformers who introduced more budget discipline and launched a war on corruption, although critics at the time said that crackdown was aimed mainly at his opponents. Despite its oil wealth, Nigeria’s economy has continued to falter.

Obasanjo, like others before and after him, failed to curb ethnic, religious and regional tensions, including the continuing instability in the Niger Delta, where oil production has been severely disrupted by kidnappings and violence.