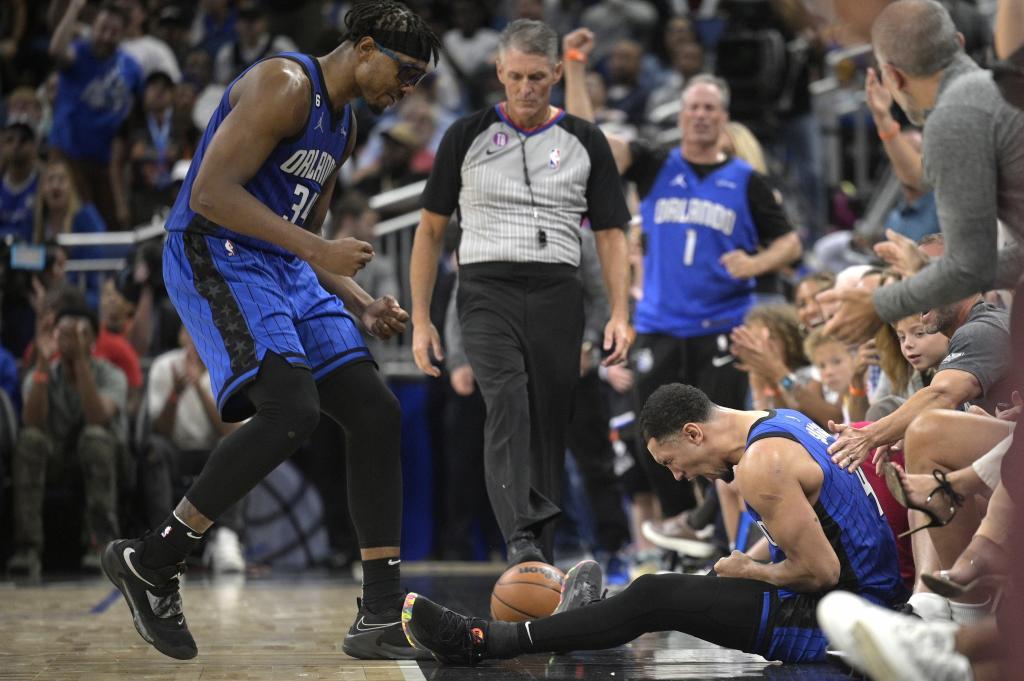 It is true that the Golden State Warriors are not in their best shape . Or, rather, his form is far from a ‘normal’ level of the Bay team . But there is a figure that stood out as his new executioner, and that shows how the limit between being a star and crashing depends on very little. Jalen Suggs, point guard for the Orlando Magic, went from being the next great point guard in the League… To being filled with doubts and resurfacing again on the day everyone was looking at him.

Suggs (Minnesota, 2001) lived in his flesh the speed with which everything happens in sport. In his formative stage he became the first athlete to be the best player in the State of Minnesota in basketball… And in American football. He was a ‘Five Star’ by the ‘Scout’ departments of the country, a ‘quarterback’ with enough level to reach the NFL. But he chose another path.

Basketball. And he joined the prestigious Gonzaga program, where he was part of one of the brightest teams in college basketball. In the semifinals of the March Madness he left a tremendous ‘game winner’ against UCLA. He climbed onto the commentator’s table. He was definitely a basketball star and the sobriety of him playing was reminiscent of proven point guards. Being a child.

Those ‘Zags’ lost the final, but Suggs established himself. Number 5 in the Draft by the Magic and piece to rebuild. It didn’t happen. The NBA, as happens with so many other talents, passed over Jalen and in his first year he only participated in 48 games. He just over 11 points per night, and less than 30% from the triple. He had a problem.

The Magic lost, again, and changed guys again. His new piece was Paolo Banchero, number 1 in the Draft. And Suggs began to be classified as a failure . His physique, the main problem. And to make matters worse, he was injured at the first change in the new course. He avoided serious injury…

And he returned to the courts with permanent doubt. The spotlights, for Banchero. He, in another ‘mood’. And when they least expected it, Suggs asked to pass. Against the Warriors he played the best game of his sports career. 29 points, winning triple and equally vital steal. A second half with character, talent and external resolution. All that he had previously lacked.

“I’ve had some fun times. This is definitely the best,” Suggs said afterward. He is back and the NBA can look forward to seeing one of his talents come back . Against the Warriors, the rebirth. And his talent, as evidenced by his past, bodes well for good news.