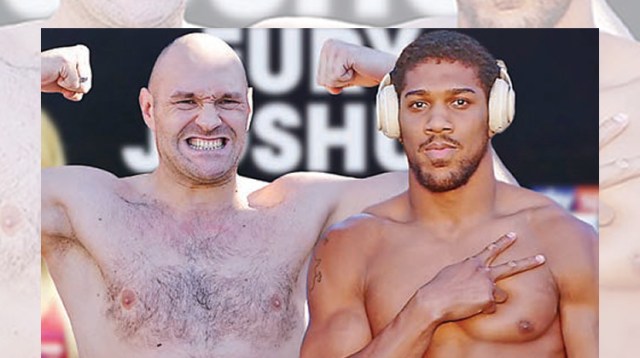 Anthony Joshua has hit out at rival Tyson Fury after his bizarre X-rated rant at a YouTuber on social media.

In response, Joshua told SPORTbible that boxers needed to behave better to set an example to young people.

“We need to conduct ourselves in better fashion because there’s youngsters that are watching us.

“I’m not the judge who can say what’s right or wrong, we just have to try and conduct ourselves in better fashion when we can, when we’re in front of the camera. When we can, just try. Try, try, try, that’s for the up-and-coming fighters.’

In response to Davis asking whether boxing fans would want to see a third bout against Chisora, a man he has already beaten comfortably in 2011 and 2014, Fury reacted furiously.

After laughing his way through the abuse, Davis asked Fury if he was having trouble ending the video call, prompting the heavyweight to reply: “Suck a d**k.”