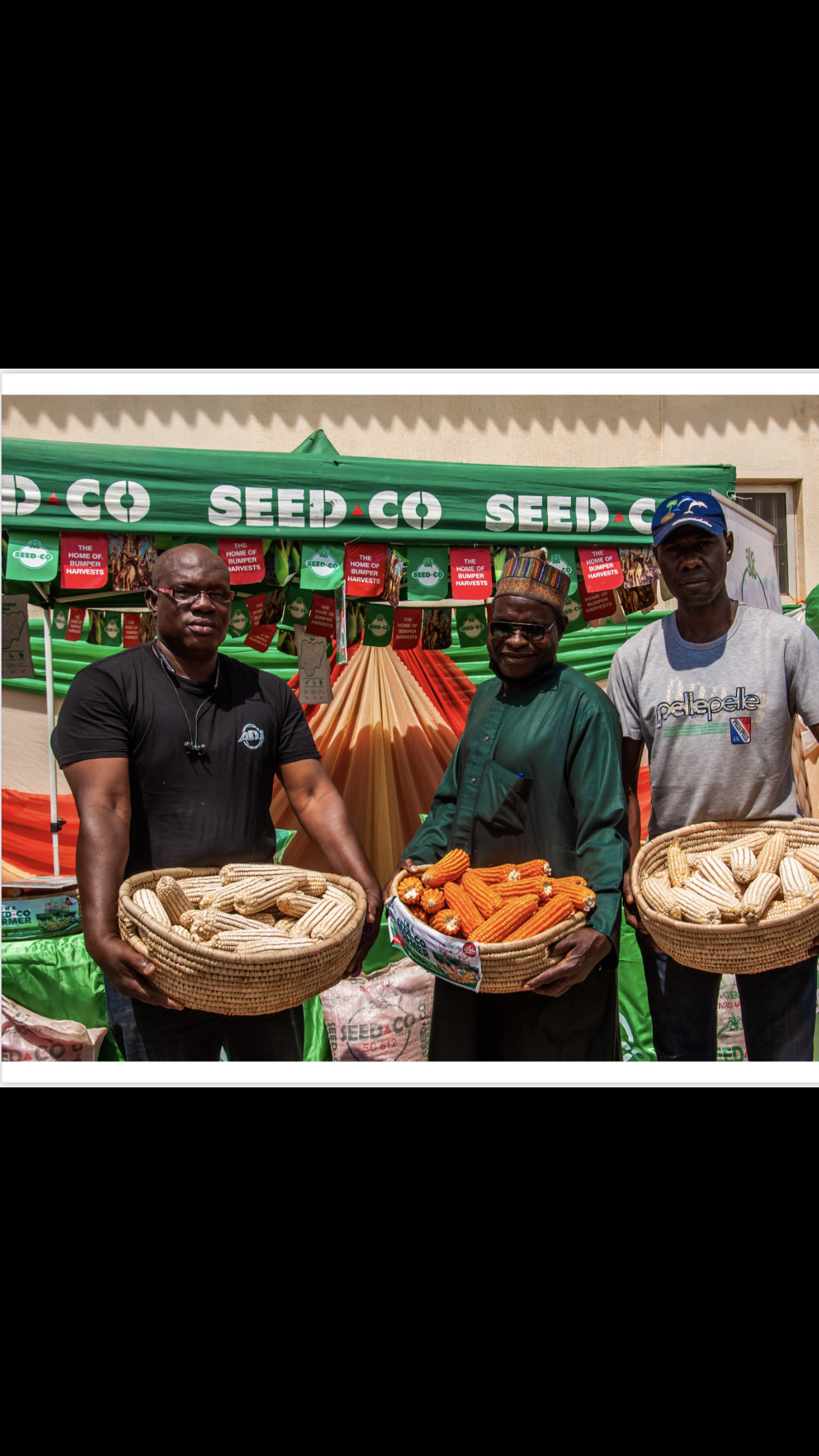 In its quest to ensure Nigeria attains high level food security and efficiency in agricultural production, SEED CO – a Kaduna based Seed company has announced the availability of hybrid wheat seeds, millet, sorghum and vegetables in the market.

This was revealed at the “Harvest Brown Field Day organised recently to showcase the company’s climate-smart and disease-tolerant crops varieties and the full yield of both the commercial and pipeline hybrid maize varieties before farmers drawn from various local government areas of Kaduna state in continuation of the company’s farmer friendly initiatives for high yield.

At the event, which held at the company’s facility located in the southern part of the Kaduna state capital and attended by farmers, representatives of regulatory agencies, community heads among others, the Managing Director, Mr Kolade Dada reiterated the company’s commitment to high level productivity and announced the introduction of Wheat hybrid seeds and vegetables

According to Kolade Dada, “ This year at our Harvest Brown Field day, as we look forward to product basket portfolio expansion, our emphasis is on our improved climate-smart crop varieties and disease-tolerant crop varieties. We are also diversifying our products, which include commercial crops such as soybean, rice, wheat, sorghum, and vegetables.

“We are leveraging technology and investing in cold room storage facilities for effective seed storage, and multiple crop experiments in our R&D portfolio allow us to innovate,” the SEED -CO MD further stated.

Farmers at the event expressed satisfaction with the company’s products while giving testimonies of the double yielding capacity of maize variety seeds produced and supplied to them emphasising the high yield capacity of the company’s seeds. A farmer, Mai Ungwan Ado expressed satisfaction with the maize variety seed from SEED-CO, saying, “I was going around to buy seeds and stumbled on SEED-CO. After collecting the seeds, i planted them in July and got four bags on a piece of land from two bags. Within two months the harvest was ready. I have introduced my community people to SEED-CO because they will direct you on how to go about your farming through the right agronomists.”

Also testifying, Shamsudeen Bello said, “I came across this company late last year. We have tried many seeds along the way, but SEED-CO is our last bus stop because the seed is the best. We are now cultivating close to 70 hectares”.

For Hajiya Binta, another farmer, she stated “I used to harvest 13 bags, but when I started planting SEED-CO seeds, I harvested 25 bags. I am most grateful to them.”

While fielding questions from members of the press present at the event, Kolade Dada, the company’s MD disclosed that with technology driven farming methods, particularly, adopting the use of hybrid seeds, Nigeria could attain the level of cultivating six metric tonnes of maize, rice and other critical products per hectare.

He decried the current level of the Country’s average 2.2 metric tones per hectare which he noted was a far cry compared to other nations such as South Africa with an average of 7 metric tones per hectare, revealing that one of the objectives of the event was the enlightenment of farmers on how to achieve high yields and assert the possibility of a bumper harvest, using the right seed and partnering with the right agronomists.

He however expressed worry over challenges like insecurity and difficult terrain which in most cases hampered movements in rural areas in the country to deliver quality seed varieties to rural farmers.