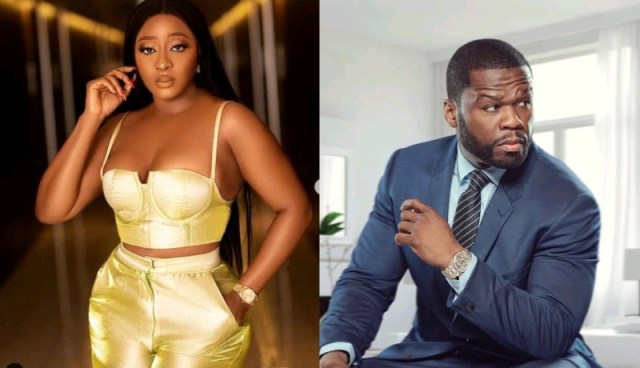 Nollywood actress, Ini Edo has BEGGED 50 Cent to allow a Nigerian actor play the role of Husspuppi in the about to be shot Tv series for the world known fraudster.

American rapper and movie producer 50 Cent on Wednesday night had revealed he will soon be producing a TV series on fraudster Ramon Abass popularly known as Hushpuppi.

“For my scammers I gotta do this one, Hushpuppy series coming soon ! GLGGreenLightGang I don’t miss,” the rapper tweeted.

Reacting in the comment section of the post on Thursday, Ini Edo stated that casting a Nigerian actor for the role would be best.

She said, “Please give a Nigerian actor the opportunity to play this character.”

Hushpuppi was recently sentenced by a US court to 11 years and three months in prison for online fraud running into millions of dollars. He is also to restitute $1.7 million to two persons.

Majority of Hushpuppi’s victims were Americans. He has been in custody since his arrest in Dubai in 2020.