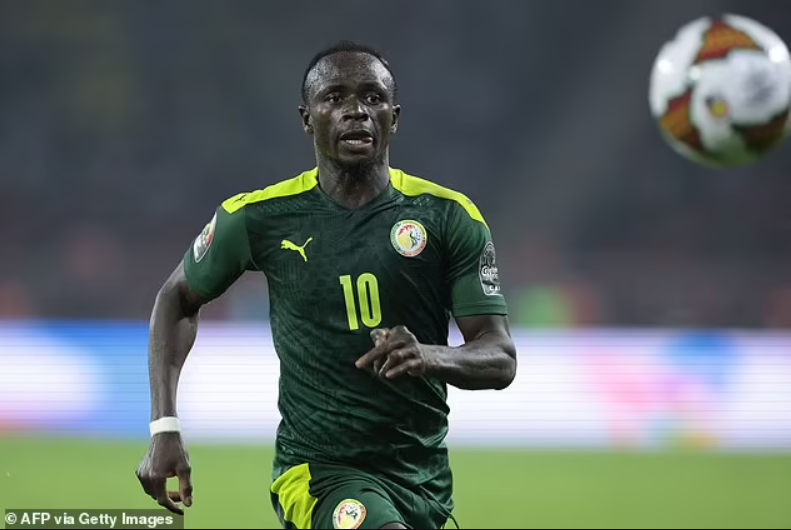 Bayern Munich star,  Sadio Mane has been named in Senegal’s World Cup squad despite being injured.

The West African country announced their official 26-man list on Friday morning, November 11, for the Qatar tournament which begins later this month.

Bayern Munich star Mane, 30, is among the players travelling to the Middle East after FIFA’s Senegalese secretary general, Fatma Samoura said the country would use witch doctors to help him get to the competition.

Mane limped off after 20 minutes during a 6-1 Bundesliga win against Werder Bremen on Tuesday, with Bayern manager Julian Nagelsmann confirming the 30-year-old would have an X-ray to assess the damage.

It was later reported by French outlet L’Equipe that the injury was serious enough to keep the player out of the tournament in a huge blow to the Africa Cup of Nations champions.

On Thursday, Samoura the No 2 at world football’s governing body, said the country will go to extreme methods to ensure he is present, admitting they are not even sure if the unorthodox technique will work but that they are hoping for ‘miracles’.

‘We are going to use witch doctors,’ she told Europe 1. ‘I don’t know (if they’re effective) but in this instance, we’re going to use them anyway. We are hoping for miracles. He has to be there!’

Mane – who joined Bayern from Liverpool for £35million in the summer – has been an exciting signing for his club since joining the club. He’s scored 11 goals in 23 appearances in all competitions, as well as recording four assists.

Here’s Senegal squad for the Qatar World Cup below.