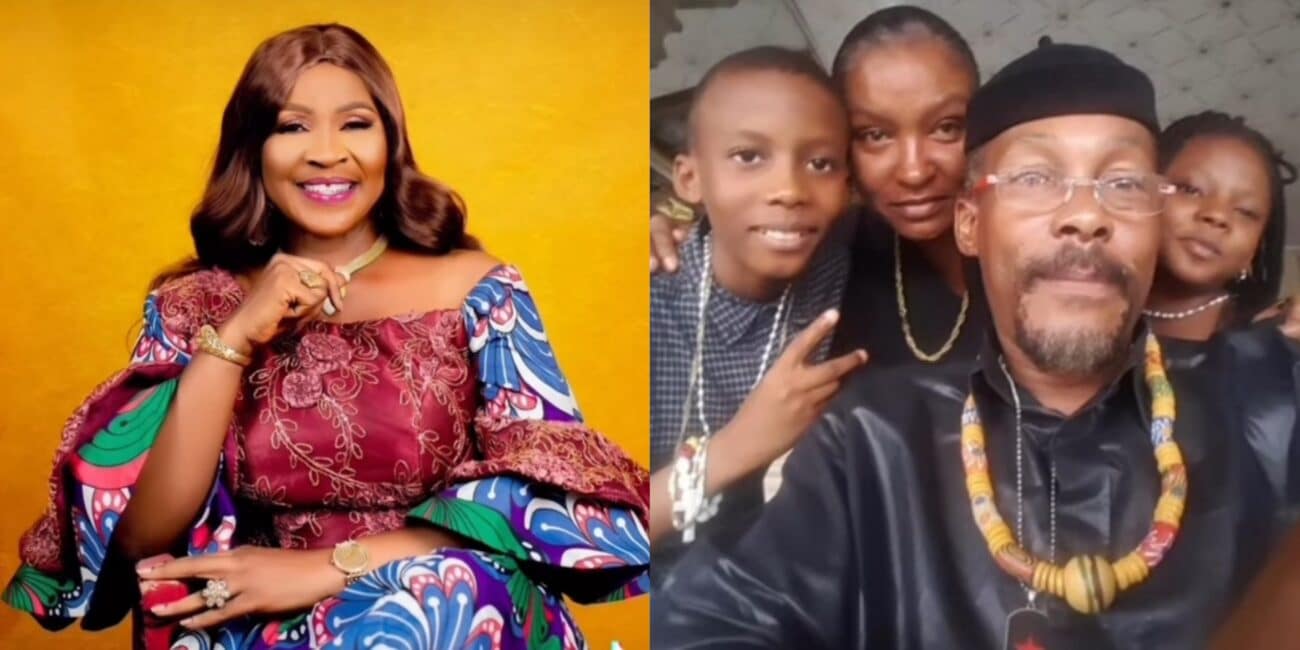 More details have emerged on embattled Nollywood actor, Hanks Anuku and how his ex-wife and babymama abandoned him.

The action thriller actor has been in the news over his alleged mental condition.

This online nedium reported on Monday night that a video of the legendary actor roaming the streets looking all tattered surfaced online.

The video which was uploaded on Twitter had generated mixed reactions.

While some tried verifying the authenticity of the video, others called on the Actor’s Guild to see to him.

From the comments on social media, many attributed his unstable behavior to drugs.

In a new update, this online medium learnt that the actor’s family have abandoned him.

Hanks Anuku has three children from two women. He has a babymama identified as Tonia Okwudibonye and an ex-wife, who has two kids,a boy and girl for him.

Since the news of his condition broke out, no one from the actor’s family has debunked or confirmed the reports.

Blogger, Tosin Silverdam claimed that his family have isolated him.

He revealed that the actor’s babymama, Tonia Okwudibonye stated that she had lost contact with him.

Hanks’ wife, is believed to have left him after he infected her with HIV and was living a frivolous lifestyle.

Hank Anuku reveals how he infected his wife

Last year, Hanks Anuku, had revealed how he infected his wife with HIV and slept with 80 women.

He claimed it happened when he went to Zambia without his family in 2011 to act in HIV and AIDS shows.

According to him, he slept with variety of ladies and never cared about his family.

He admitted that he started drinking and became an irresponsible spouse, enabling his wife to carry the family burden.

“Life in Zambia was a dream come true because we were able to enjoy ourselves and go to new locations, yet I missed my family.

“I had different activities and slept with a variety of ladies throughout that time. I never cared after my family. After I went home, I started drinking and became an irresponsible spouse, enabling my wife to carry the full burden,” he continued.

Revealing how he found out that he was HIV positive, he said,

“While I was in Zambia, one of my girlfriends told me she was pregnant, so I got tested. During that time, she had gone for pregnancy tests and had been tested for HIV, and the results were shocking: she was HIV positive. She forced me to take the test, but the findings were unacceptable to me. After getting tested, I returned to Zimbabwe and kept quiet about the issue. I never told my wife about the problem. I apologize for infecting her, I later went through some counseling, which went well,”.

READ ALSO:   Dangote Sets Internet On Fire As Another Side-Chick Shares Pics of His Buttocks(Video)

He further said that his notoriety caused him to do things he didn’t want to do.

“I had to sleep with over 80 ladies in Harare and Zambia during the height of my popularity. It felt fantastic to be on television in 2002. I used my celebrity to my advantage. To make matters worse, I lacked counseling and did not handle the situation effectively,” he said.