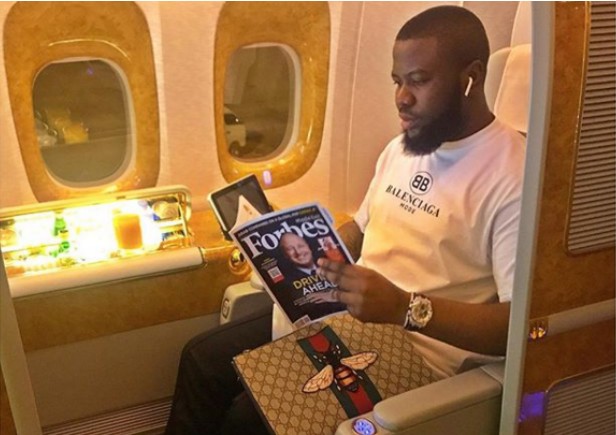 Convicted internet fraudster Ramon “Hushpuppi” Abbas has filed a notice to appeal the 11-year sentence handed down to him for internet fraud and money laundering.

This is contained in court documents filed at the United States District Court, Central District Of California, seen by Peoples Gazette. Hushpuppi filed the notice to the United States Court of Appeals for the Ninth Circuit, restricting the matter only to his sentencing and not his conviction that came by way of a plea bargain and over which he had waved his rights to appeal.

The appeal, filed on Monday by Washington-based attorney John Iweanoge, covers only the sentence given by District Judge Otis D. Wright II.

Mr Abbas was sentenced to 11 years in prison and was ordered to pay $1,732,841 in restitution to two fraud victims. He pleaded guilty in April 2021 to one count of conspiracy to engage in money laundering. He was arrested in Dubai, United Arab Emirates, in June 2020 and was kept in federal custody since his expulsion from the UAE.

“Abbas bragged on social media about his lavish lifestyle – a lifestyle funded by his involvement in transnational fraud and money laundering conspiracies targeting victims around the world,” said United States Attorney Martin Estrada.

Mr Abbas conspired with Ghaleb Alaumary, 37, of Mississauga, Ontario, Canada, a convicted money launderer, to launder funds derived from various crimes, including bank cyber-heists, business email compromise (BEC) schemes and other online frauds.  They also laundered funds stolen from a bank in Malta by providing account information for banks in Romania and Bulgaria.

In 2019, Mr Abbas fraudulently induced a New York-based law firm to transfer approximately $922,857 to an account that a co-conspirator controlled under someone else’s name.

Mr Alaumary was charged separately and pleaded guilty in November 2020 to one count of conspiracy to engage in money laundering. He is serving a 140-month federal prison sentence and was ordered to pay over $30 million in restitution.