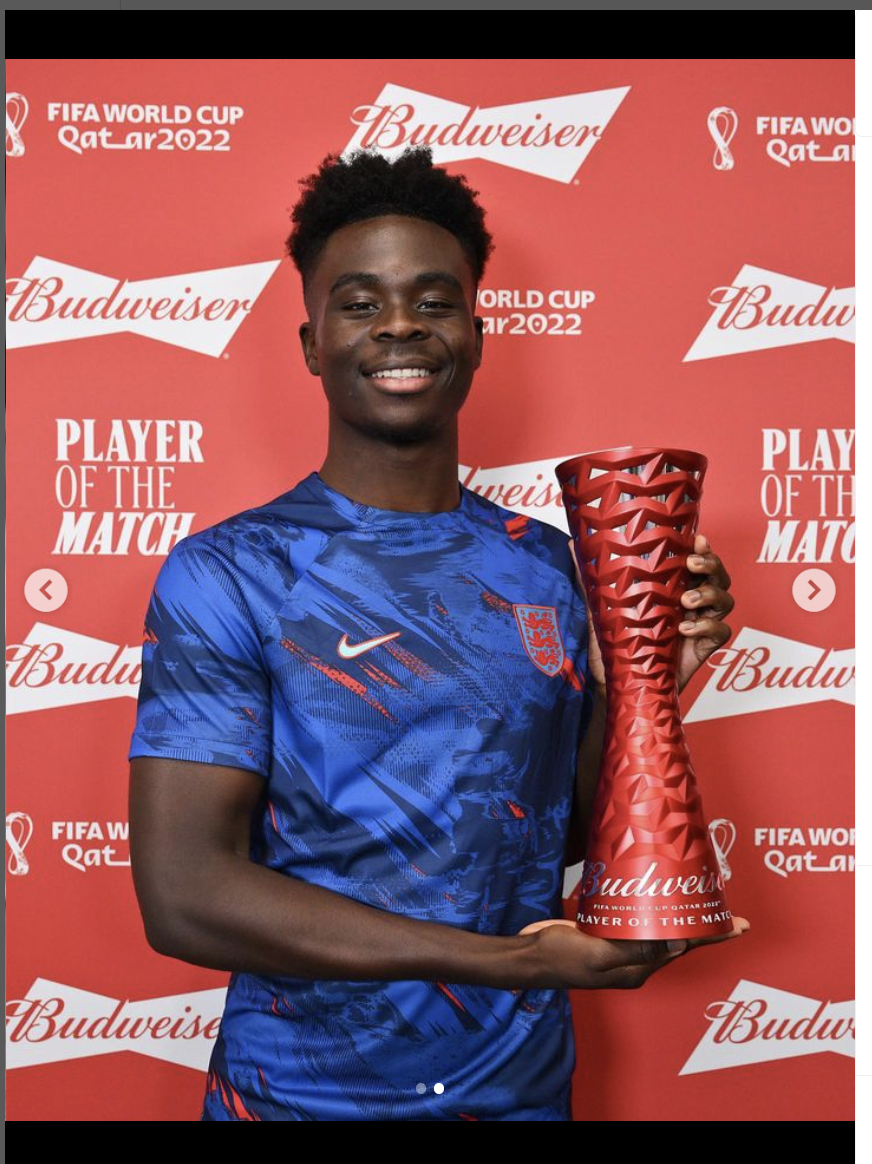 #FIFAWorldCup2022: What Bukayo #Saka Said After Winning #MOTM During #England Vs #Iran Match—-England forward, Bukayo Saka, has reacted to his side’s World Cup 6-2 win over Iran on Monday.

Saka was impressive for England as they defeated Iran in their World Cup opener in Doha.

The Arsenal star netted a brace to ensure the Three Lions thrashed Iran.

Speaking at his post-match press conference after the game, Saka expressed happiness over England’s victory over Iran.

He also hailed Gareth Southgate’s men for their impressive performance against Iran.

Saka said, “Every game is difficult, we know the qualities Iran have, but we have to give credit to ourselves.

“Overall, we are happy with our performance.”

Saka will hope to continue his impressive display for England when they face the USA in their next game on Friday.