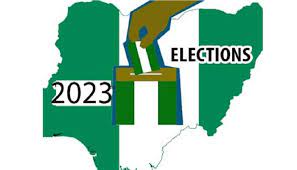 Ahead of the 2023 general elections, organised labour has said it will only vote for candidates that will favour workers, both at the national and state levels.

Speaking with reporters, after a meeting of the National Working Committee, held at the Airport Hotel in Lagos, President of the Association of Senior Civil Servants of Nigeria (ASCSN) Comrade Tommy Okon said any party or governor, whose behaviour was inimical to the progress of workers would not be voted for in the 2023 elections

Okon urged workers to get their Permanent Voters Cards (PVC) to vote out candidates who were not workers-friendly.

According to Okon, any party tagainst the progress and well being of workers will not be elected. He said workers should get their PVCs because that is what they would use to take against such politicians.

He said the union was set to engage the Federal Government on plans to increase the national minimum wage.

According to him, the current wage is not sufficient because socio-economic reality has eroded income.

He said: “That is why labour movement seriously kicks against a situation where the minimum wage is taken from the exclusive list. You can see that the intention of some Nigerian governors is not in the best interest of workers.

“We are not against government removing fuel subsidy. But government should put in place amenities, such as housing, transportation, free and compulsory education to university level, and good living wage.

“This is important because the amount of money government is using to indirectly fund subsidy is enough to tackle education challenges. Until we go back to rearrange, we are living in fantasy.”

He said organised labour was ready to chase out political parties that did not have the interest of workers at heart.

He reiterated his call to workers to ensure they got their Permanent Voter Cards (PVC) to vote out presidents and governors who cared little about welfare.

Okon said his administration, for the first time, led the Central Working Committee (CWC) to President Muhammadu Buhari on a visit , where the issue of minimum age was discussed.

“Mr. President acknowledged that social economic indices do not favour the N30,000 minimum wage and that there is a working document to ensure that the government comes up with an amount that will be in line with social economic reality and inflation.

“In a recent press statement, the Minister of Labour said the government was coming up with an acceptable minimum wage. In as much as we don’t welcome retrenchment, we will ensure that the government does the right thing. We call on state governors who are yet to implement the minimum wage to do so because election is fast approaching,” he said.

Okon also disclosed that the union had concluded plans to take legal action against the impostors who looted its Lagos office.

Recall that the association, in August, raised the alarm over the alleged invasion of its national secretariat by hoodlums and expelled members.

“We have also discovered items that were looted by the impostors. NEC has also decided to sue them and to access the roles played by the national treasurer which is inimical to the development of the association.

“NEC has decided to suspend her and set up a 5-man committee that will look at the action taken by those people and report back. We are grateful to the IGP for his intervention and the media for being factual in their report. We have taken over the secretariat,” Okon added