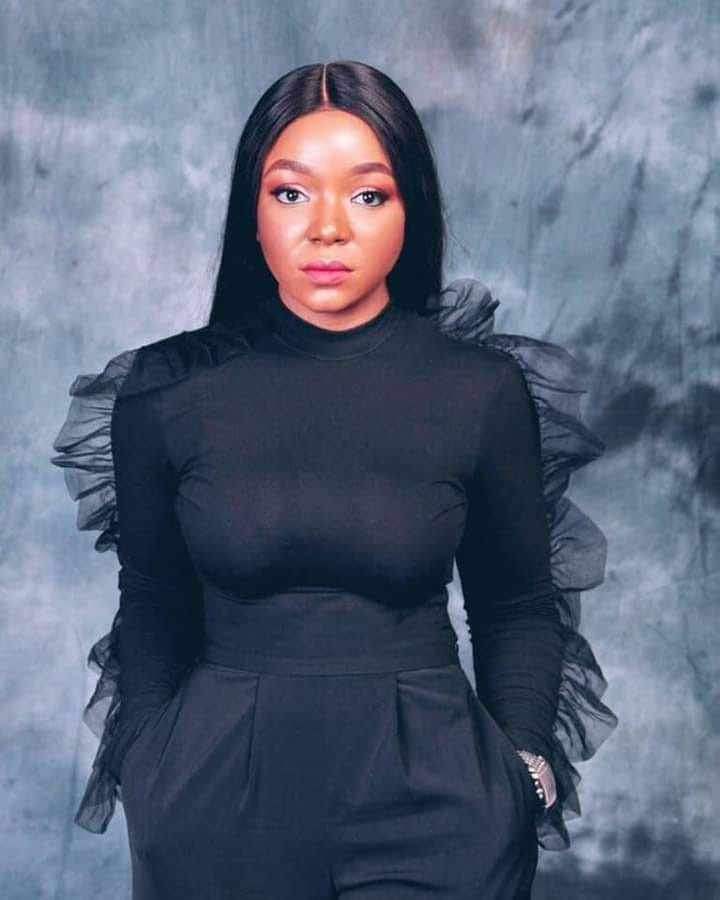 Public affairs analyst and one of the newly appointed spokespersons for Obi/Datti Presidential Campaign Council, has informed people professing love for her via social media, that she doesn’t date men who are not at least 15 years older than her.

The 33-year-old former People’s Democratic Party aspirant for Kaduna State House of Assembly, stated this via Twitter on Thursday, November 24.

“My ex-boyfriend is a 53 year old widower. I do not date people who aren’t at least 15 years older than I am. I’m 33. Let’s all calm down. I’m putting this out so that all the toasting in my DMs and on the TL will stop,” she wrote. 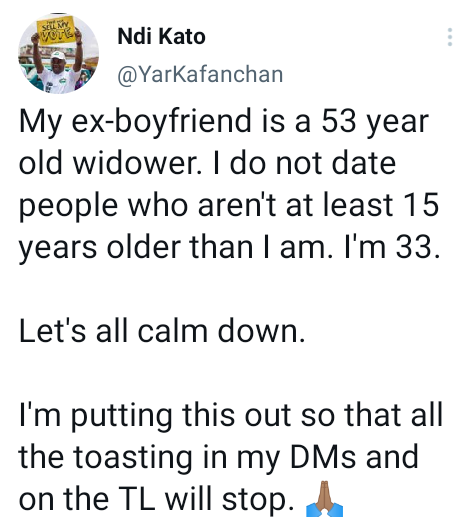