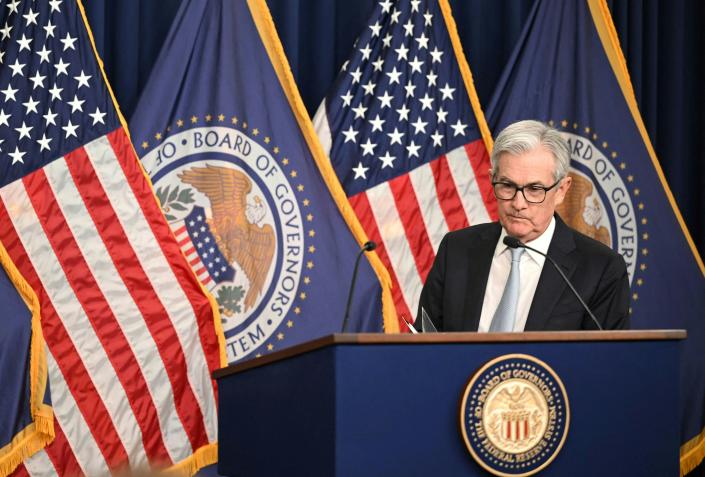 Investors returning from the Thanksgiving holiday will face a deluge of economic releases in the week ahead as Wall Street heads into the final month of 2022 and braces for the Federal Reserve’s last interest rate hike of the year.

The government’s monthly employment report, data on the housing market, a second look at GDP growth, PCE inflation, and a reading on consumer confidence are among the many highlights of a busy economic calendar in the coming days.

Economists expect nonfarm payrolls rose by 200,000 last month, according to estimates from Bloomberg. If realized, the number would mark another downtrend in the labor market but reflect still-robust hiring on a historical basis.

Strong labor market readings have stoked worries that Fed officials will stay the course on aggressive rate hikes and overshoot on monetary tightening.

“Recent monthly data from the advanced economies have tended to exceed analysts’ gloomy expectations, “ Capital Economics chief global economist Jennifer McKeown said in a recent note. “However, this resilience probably also reflects a lag before higher interest rates transmit to the economy and firms are forced to reduce employment.”

On the inflation front, investors will be watching the personal consumption expenditures’ (PCE) price index out Thursday to see whether the recent trend of easing inflation holds up. On a monthly basis, PCE is expected to show a 0.4% rise in October, up from 0.3% during the prior month, according to Bloomberg estimates. Over the prior year, PCE inflation is expected to have eased to a rate of 6% from 6.2% previously.

According to Bank of America’s November fund manager survey, investors do not expect the Fed to pivot – or change course on rate hikes – until U.S. PCE inflation falls below 4%.

For traders, this year’s action has been all about what the Federal Reserve will do next, and fresh economic figures should offer clues about whether a 50- or 75-basis-point increase in the Fed’s benchmark interest rate range awaits investors in mid-December.

As of Sunday morning, markets were pricing in a roughly 75% chance the Federal Reserve will deliver a 50-basis-point rate hike following the conclusion of its next meeting on December 14, data from the CME Group showed.

A readout of minutes from the Fed’s November meeting also indicated a “substantial majority” of officials believe it will soon be time to slow the current pace of increases. But a strong November jobs report and higher than expected PCE figure may dash deceleration hopes.

“It’s premature in my mind to take anything off the table,” San Francisco Fed President Mary Daly said last week when asked whether a 75-basis point rate hike is still possible. “I’m going into the [Fed’s December 13-14] meeting with the full range of adjustments that we could make on the table and not taking off prematurely.”

While investors are hopeful for a meaningful slowdown in inflation and a subsequent policy shift over the next year, some Wall Street strategists are raising doubts about the Federal Reserve’s ability to fulfill its goals of maximum employment, stable prices, and moderate long-term interest rates.

Strategists at the BlackRock Investment Institute warned last week global investors are in a “new macro regime where central banks are causing recessions rather than coming to the rescue.”

“That is clear in the rate path of major central banks set to overtighten policy as they battle inflation,” BlackRock’s team, led by Jean Boivin, said in weekly commentary. “We think they will eventually pause but not cut rates when confronted with the damage of sharp rate hikes – that could be the reality of recession or the appearance of financial cracks, as seen in the U.K.”

Billionaire hedge funder Bill Ackman also said in a recent call with investors interest rates are “meaningfully below where they are going to go,” and the firm does not believe the Federal Reserve will be able to get inflation back to a consistent 2% level.

READ ALSO:   Omicron: everything you need to know about new Covid variant

“We think that is, of course, a risk for equities,” Ackman said. “And part of our thesis is we think inflation is going to be structurally higher.”

Elsewhere in economic data this week, a second estimate of third-quarter GDP, Case-Shiller home price data, manufacturing activity gauges, and the Conference Board’s measure of consumer confidence are all on tap.

Investors are ready to close the curtains on the latest earnings season, but some standout reports will still be released, including Hewlett Packard Enterprise (HPE), Salesforce (CRM), Dollar General (DG), and Kroger (KR).

Last week, U.S. markets continued to build on recent moment in a week of trading shortened by the Thanksgiving holiday.

The S&P 500 ended modestly lower on Black Friday but finished the week in the green, up roughly 1.5%. The Dow Jones Industrial Average and Nasdaq Composite also advanced over the three and a half-day trading period, each rising 1.8% and 0.7%, respectively.