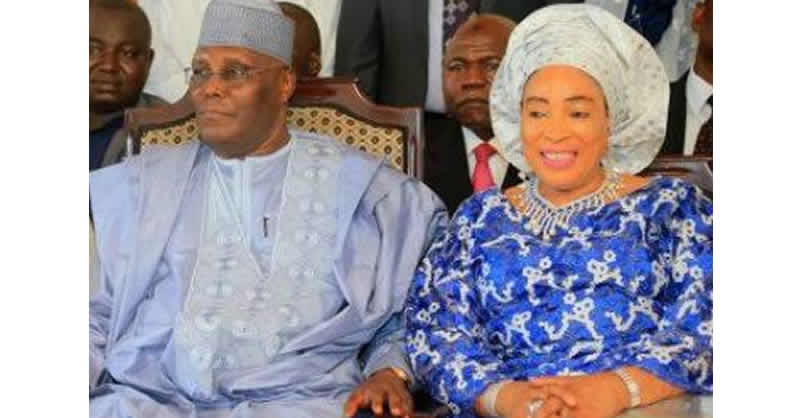 Titi Atiku-Abubakar, wife of former Vice-President Atiku Abubakar says her husband is Fulani but not a killer.

Many Nigerians have accused President Muhammadu Buhari, who is also Fulani, of not doing enough to stop killings by suspected nomadic Fulani herders across the country, including targeted attacks on farmers.

The activities of the suspected Fulani herdsmen have become a security challenge.

According to media reports, killings associated with herdsmen are estimated to be caused more than 1,000 deaths and at the moment there is no consensus regarding the actual motive for those killings.

Speaking during a PDP presidential rally in Akure, Ondo state on Wednesday, Mrs Atiku promised the people that her husband will defeat Boko Haram terrorists and provide scholarships to students.

“My people I, your daughter standing in your presence to tell that my husband has done it before. The last election was won by my husband but we were robbed.

“My husband indeed is a Fulani but he is not a killer and we have been together. I taught him our culture and tradition, and he is part of us.

“During Obasanjo, it was Atiku that brought the likes of (Nasir) El-Rufai, Ngozi Okonjo-Iweala and others who did well for Nigeria.

“No Yoruba has ever been a First Lady and if we vote Atiku, it is a vote for Yoruba. There is hunger in the land, don’t let the opposition deceive you, vote all PDP candidates during election.”