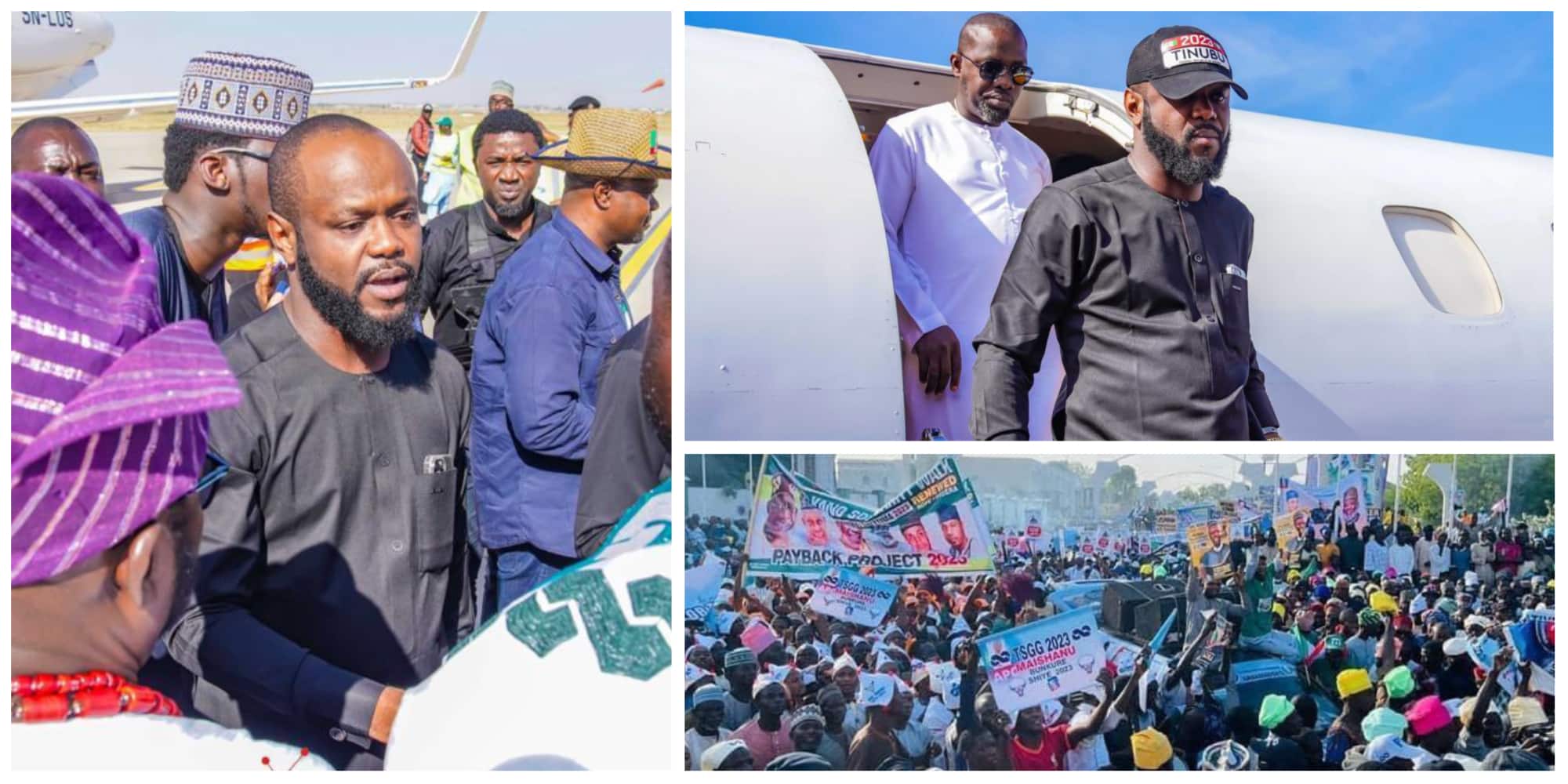 The son of the All Progressives Congress (APC) presidential candidate Bola Ahmed Tinubu, Seyi, has met with some prominent southeast personalities.

APC sources said Seyi is consolidating on his father’s presidential bid in respect of the forthcoming 2023 election.

In a video sighted by this newspaper on Wednesday, Seyi who donned a campaign face-cap of his father could be seen in the midst of persons like actor Kanayo O. Kanayo; Hazel Oyeze Onou, popularly known as Whitemoney; thespian Yul Edochie; Prophet Chukwuemeka Ohanaemere, commonly called Odumeje; and others.

It is not immediately clear when and where exactly the event where Seyi met with southeast personalities was held.

Ahmed Tinubu is a two-term governor of Lagos State who led the state from 1999 to 2007. He was the Senator for Lagos West during the brief Third Republic.

Until his emergence as the presidential flag-bearer of the ruling APC in June 2022, the 70-year-old was the National Leader of the party.

Watch the video of Seyi Tinubu’s meeting with Yul Edochie, Whitemoney and others here.