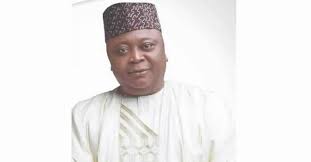 Oladipupo Adebutu has been affirmed as the winner of the Ogun State Governorship Primary of the Peoples Democratic Party (PDP) by a federal high court sitting in Abuja.

Justice Inyang Ekwo who presided over the lawsuit filed by Jimi Lawal who had claimed that an invalid delegates list was fraudulently used by the PDP to conduct the primary election he participated in, dismissed the claim on grounds of lacking reliable and credible evidence.

Ekwo described Lawal as a “spoiler”, having joined the PDP in March from the All Progressives Congress (APC) and participated in governorship primary held in May.

The Judge also ruled that the delegates list which Lawal challenged, is the same list approved by the PDP and the Independent National Electoral Commission (INEC) and was used during the primaries which Adebutu emerged as the candidate of the party.