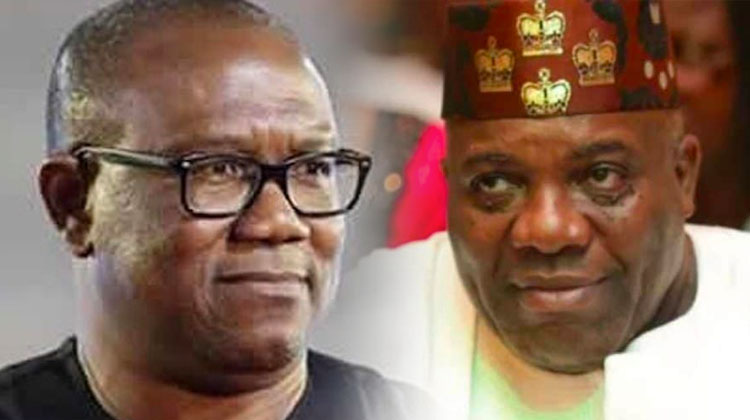 CITYNEWS NIGERIA  reports that the Ogun State Executive Council of the Labour Party on Thursday expelled the Director-General of Peter Obi- Datti Presidential Campaign Council, Dr Doyin Okupe, and 11 others for refusing to pay their membership dues.

This online news platform understands that the SEC, which made the pronouncement after a meeting in Abeokuta, said the action was a violation to the party’s constitution.

Addressing journalists in Abeokuta, the State Chairman; Michael Ashade and Feyisola Michael; State Secretary, alleged that Okupe and others had refused to pay their membership dues, despite repeated reminders that they should validate their membership by updating their financial status.

Ashade asked Okupe to provide evidence of any payment in respect of membership dues prior to December 1, 2022 into any bank account of the LP.

He asked the National Chairman of the party, Barr. Julius Abure and the party Presidential candidate, Mr. Peter Obi, to obey the party’s Constitution by relieving Okupe of his position as DG of PCC immediately and appoint another DG for the body, who should come from the North to reflect federal characters and political balance.

Ashade hinged the action on article 9(3)xi of the party’s constitution providing that “only fully registered and financially up to date members of the party shall have the right to vie for office in the Ward Executive, Local Government Area Executive, State Executive Councils and the National Working Committee of the Party or be a delegate to the Congresses and the National Convention.”

He said, “Article 9(3) iii of our Party’s Constitution states as follows: ‘only members who pay their monthly membership dues at rates prescribed shall be deemed to be bonafide members of the party. Arrears of dues of up to six months shall lead to forfeiture of membership.’’

“Despite repeated demand from various meetings I had with Dr. Doyin Okupe in respect of his mandatory constitutional requirements to fulfill membership status, he has failed woefully in this regards with some others to flagrantly disobey the Constitution of Labour party.

“In line with article 19(3) of the Labour Party constitutional provision, we declare that Dr. Doyin Okupe, having failed in the payment of his membership dues for the last six months of joining the party, has forfeited his membership of the party and no longer fit and competent to continue to act as the DG of the Presidential Campaign Council (PCC).

“We hereby notify our National Chairman, Bar Julius Abure and Labour Party Presidential candidate, Mr. Peter Obi, that it’s expedient to obey the Constitution of the party by immediately appoint another DG for the PCC and that should come from the North to reflect Federal Characters and political balance.”

Ashade warned that any further act of disobedience by any of the affected former party members would be resisted through lawful means of enforcement in the Court of competent jurisdiction, stressing that the SEC of the party was committed to party supremacy as enshrined in Labour Party constitution.

He further warned that legal action would taken against the National Chairman, Barr. Abure and the presidential candidate, Peter Obi, if they failed or foot drag to relieve Doyin Okupe of his position in the party’s campaign council.

To fill the positions of those whose membership of LP were terminated, the State Executive Council approved their replacement in acting capacity.