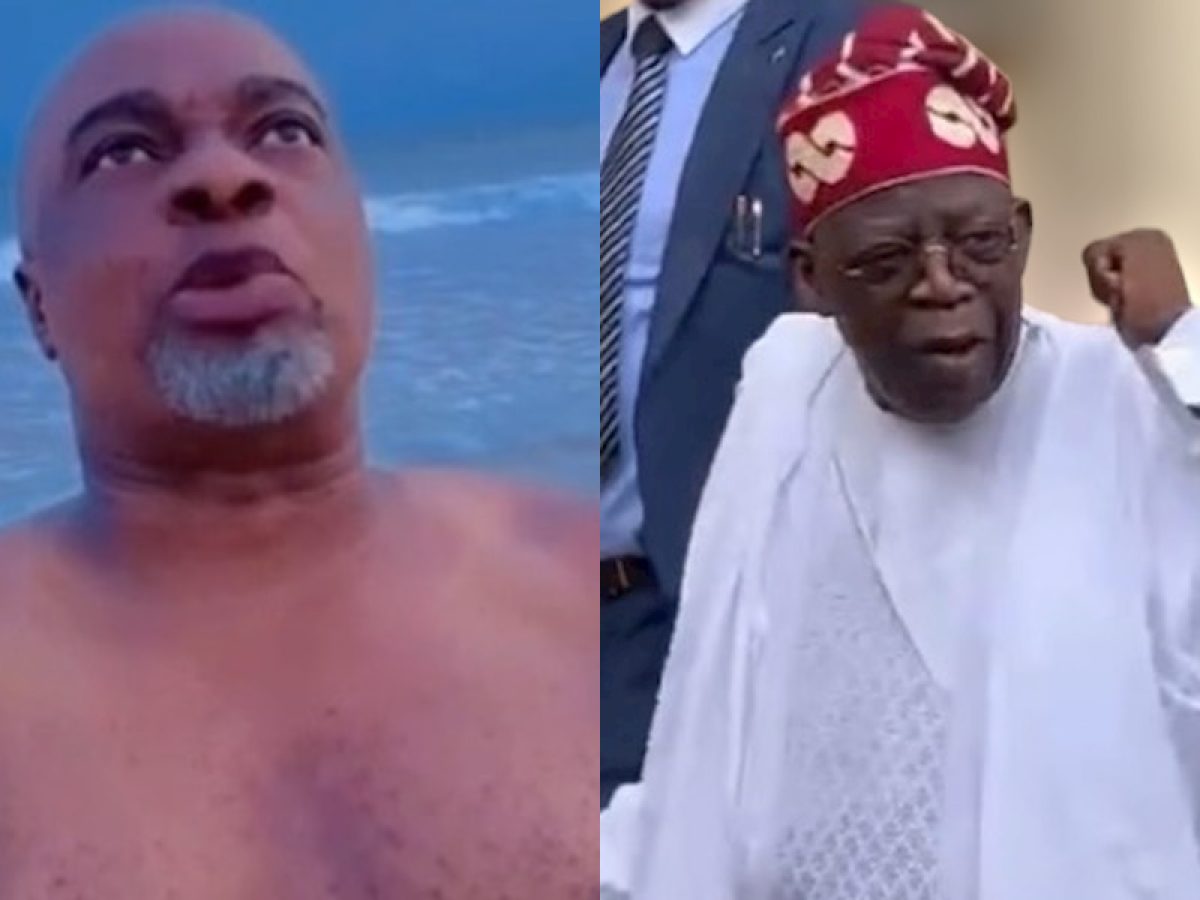 CityNews Nigeria reports that the actor made this known as he gave reasons for going unclad to show his support for presidential aspirant, Bola Ahmed Tinubu.

CN reported that fans of the actor were left disappointed when a video of him n**ked praying for BAT, made rounds on the internet.

Olaiya goes unclad for Tinubu
The actor shared a video of him, naked on a beach offering prayers for the victory of Tinubu, in 2023 election.

In his caption, Olaiya revealed that it is his pleasure to support a candidate who truly reflects our values and highest ideals.

He believed that BAT would be the best to protect our dreams and fight hard to keep the promise of Nigeria for the next generation.

“It is my pleasure to support a candidate who truly reflects our values and highest ideals. There is one candidate in this election who will protect that dream. One leader who will fight hard to keep the promise of Nigeria for the next generation. And that’s why we must stand up and make ASIWAJU BOLA AHMED TINUBU JAGABAN the next president of Nigeria”.

Olaiya Igwe revealed what Tinubu’s wife die for him

In a new update, Olaiya has clarified the reasons for his action.

In a video uploaded by Punch, the actor could be seen in a phone conversation with an unknown person, where he addressed the controversial video.

According to him, Tinubu’s wife, Remi Tinubu took care of him when he was ill.

He disclosed that the senator even offered to fly him out of the country for treatment.

“The time I was sick, Remi called Ajala Jalingo to take me to Ikeja Teaching Hospital that they should take care of me and on the third day, she called and ask me if I have American visa and if I don’t have visa, they should quickly arrange it for me. So her husband will now come out for a position and I won’t support?”.

Recall that actress, Monalisa Stephen had reacted to the unclad video of actor, Olaiya Igwe.

Taking to his comment section, Monalisa questioned his reasons for the disturbing video.

She further questioned how he would defend himself and his actions to God.

Monalisa caution him, not to destroy the future of Nigeria because of his personal gains.

“Daddy why? Don’t let us destroy our future because of what we will eat. Here you go. Think about the day you will die. What will you tell God that you died? Yoruba is like Roooonuuuuuu. This is so sad. Thus is your horse haaa daddy why?