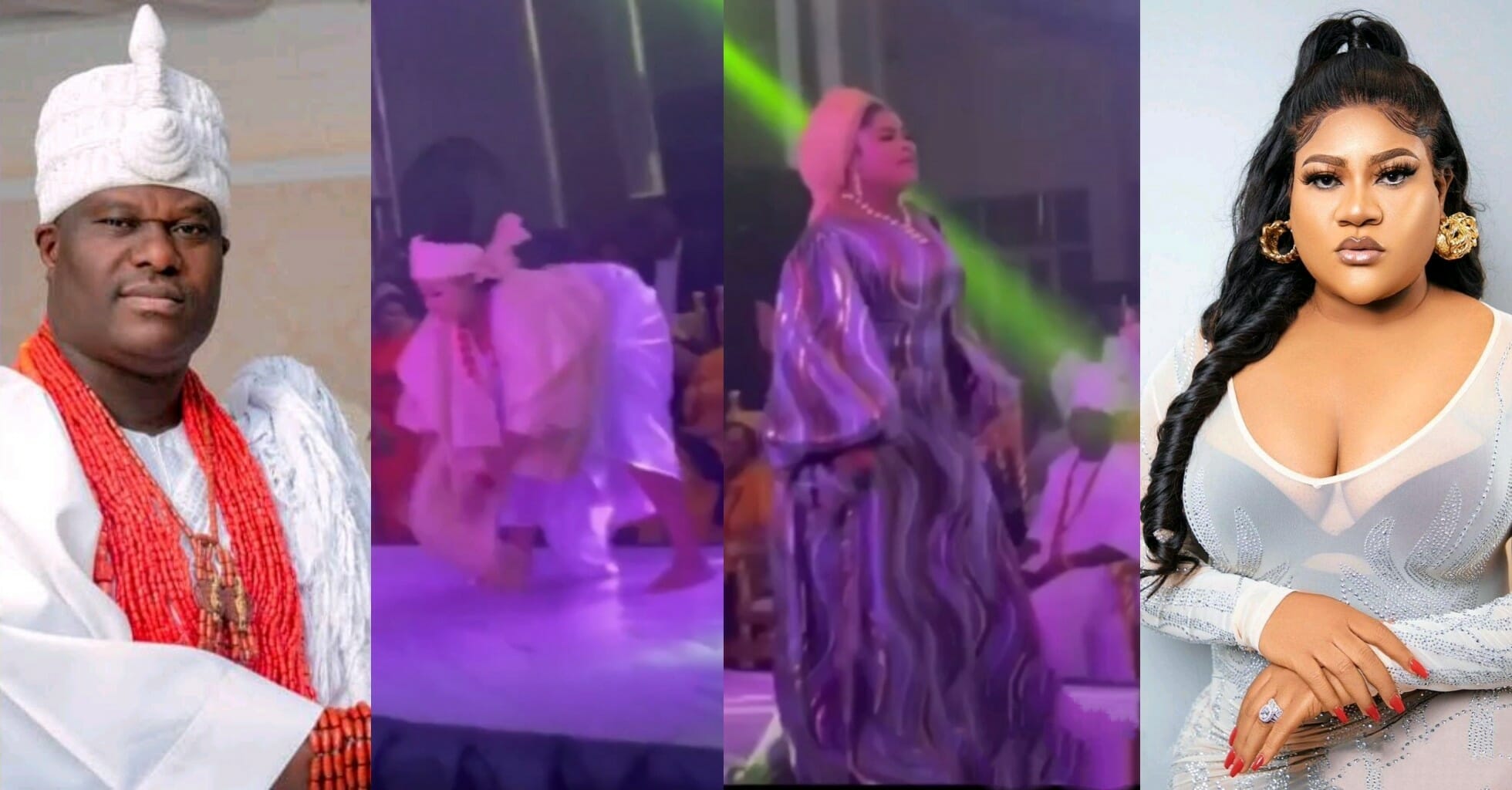 Nkechi Blessing Sunday has shut down critics of her twerk session for the Ooni of Ife by bragging that the singular act fetched her a sum of N250,000 from the royal father.

“About yesterday’s judge’s dance competition as my Oga @fagboyobamidele don Dey win me I say make I improvise but las las I came second and walked away with 250k courtesy the king @ooniadimulaife May You live long sir..God bless you abundantly for putting smiles on d faces of millions” she wrote on Instagram moments ago.

There were reports that following a trending video of Nkechi Blessing twerking for the Ooni of Ife, Opeyemi Falegan had addressed her as a Madwoman.

He stated that a mad person is good to watch, however, no one wants such as a child.

“A mad person is good to watch but nobody wants them as a child, what a pity” Opeyemi Falegan subtly reacted to the viral video on Instagram.

Earlier on, NBS had caused a stir online as a video of her twerking for the Ooni of Ife is fast making rounds.

The Yoruba actress while at the Ooni’s palace in Ile-Ife town for the Queen Moremi pageantry could be seen twerking for the Ooni and one of his queens, Olori Aderonke Ademiluyi.

2023: Why PDP/LP Should Be Worried With Tinubu’s Rally In Abia By Omo-Ikirodah

Ooni of Ife: Queen Ashley Ogunwusi invokes the gods to give her a set of twins (video)

BREAKING: Another 2023 Governorship Candidate is Dead