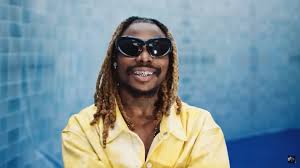 Ahmed Ololade, the Nigerian singer better known as Asake, has been nominated for the BBC Radio 1 Sound of 2023 award.

The BBC Radio 1 Sound award is an initiative that predicts and honours “some of the biggest and most exciting global superstars”.

The nominees were unveiled via the organisation’s website on Monday.

In a statement, the organisers said the nominees were selected by a panel of over 130 industry experts and artistes.

The list was compiled using recommendations from 136 influential music experts, including artistes, DJs, radio and TV producers, journalists, streaming experts and festival bookers. All were asked to name their favourite three new acts, who could be performers from any country and any musical genre, whether or not they are signed,” it reads.

“They cannot have been the lead artist on a UK top five album or three UK top ten singles before 31 October 2022. They also must not already be widely known by the UK general public (for example, a member of a hit band going solo or a TV star) or have appeared on the Sound Of… list before.”