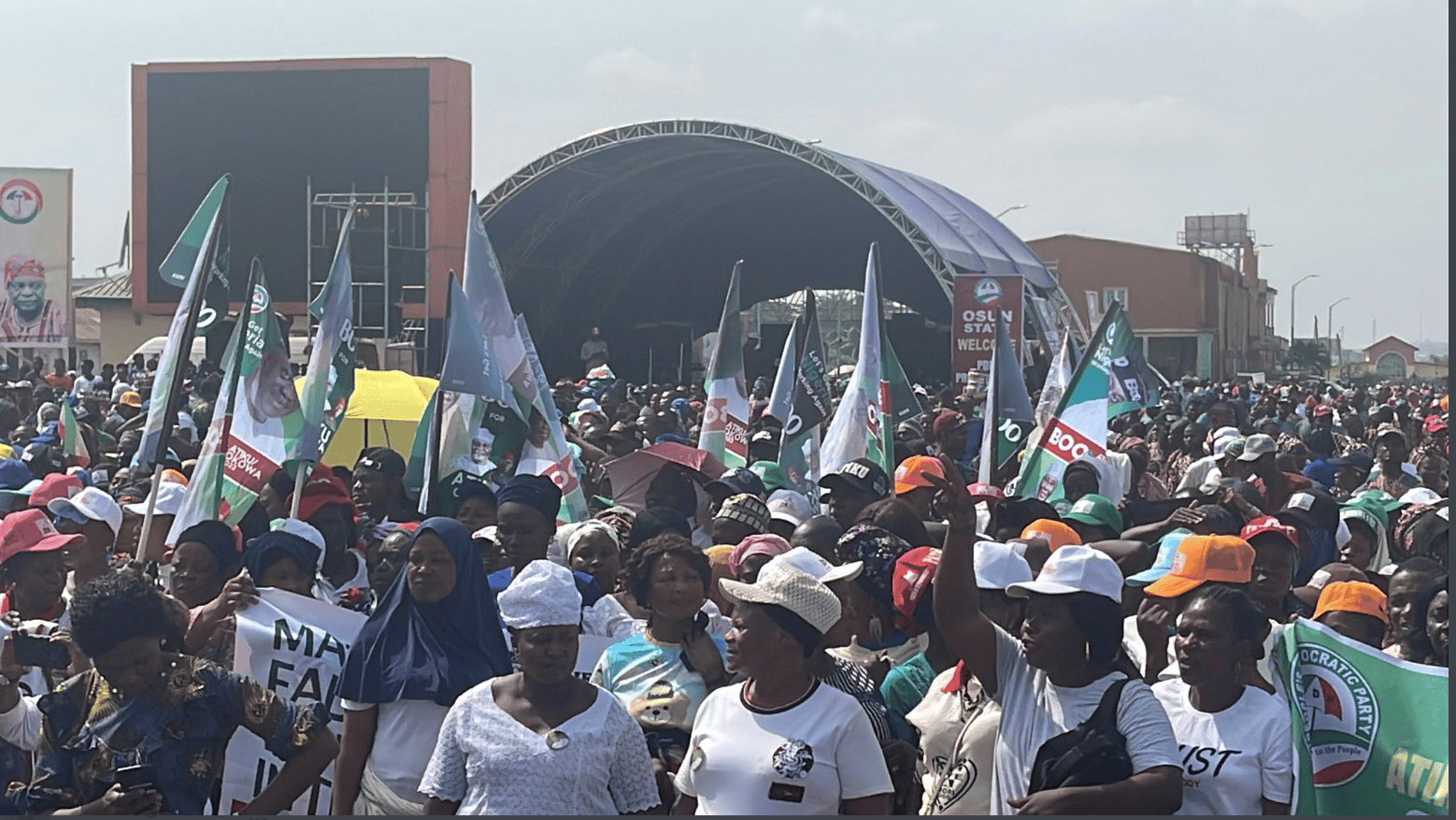 CityNews understands that the party chieftains were received by the State Governor, Senator Ademola Adeleke, on Wednesday and proceeded to the Nelson Mandela Freedom Park, Osogbo, shortly after the reception.

Giving an update on his Twitter handle, Okowa wrote: “As we prepare to join the good people of Osun at the Nelson Mandela Freedom Park in Osogbo, this morning alongside our Presidential Candidate, Alhaji Atiku Abubakar, we paid a courtesy visit to the Timi of Ede, Oba Munirudeen Adesola Lawal (Laminisa 1).”

See more photos and video below: