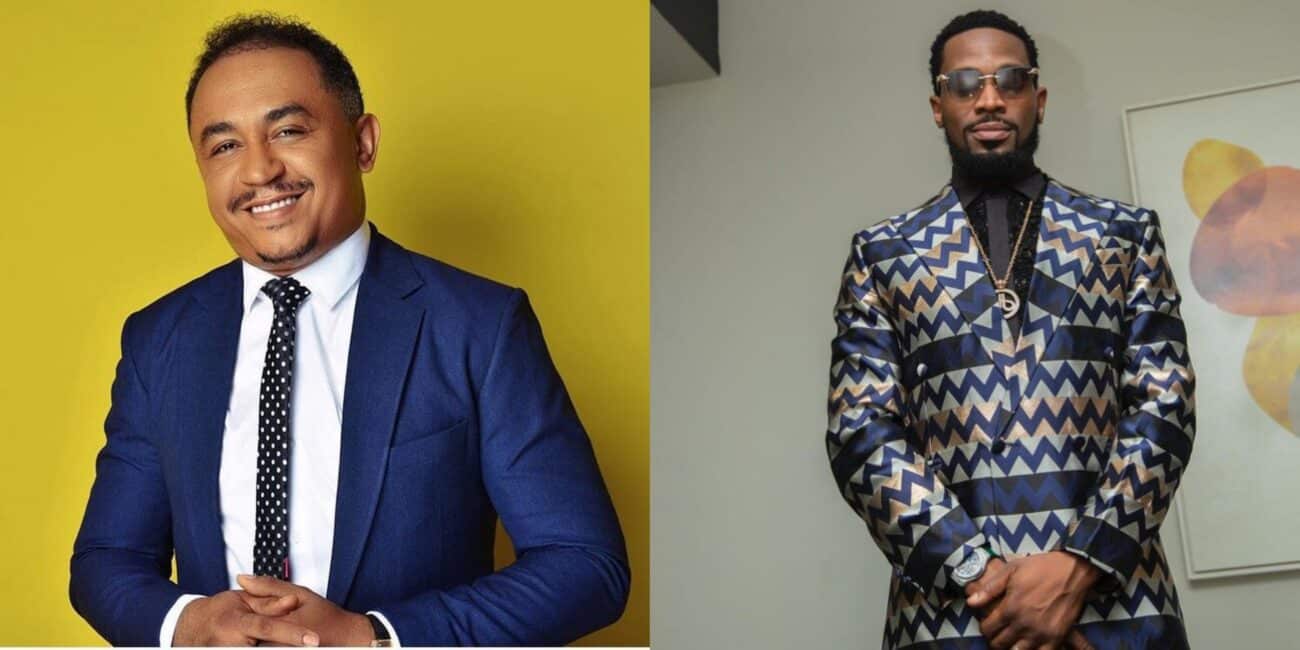 Media personality, Daddy Freeze has reacted to the arrest of popular singer, D’banj.

Kemi Filani news reported earlier that the singer is currently in detention over fraud allegations.

Reacting to it, Daddy Freeze who didn’t mention his name, pointed out the similarity between his actions and that of politicians.

He noted how the singer had committed an offence, Nigerians do accuse politicians of engaging in.

“A Nigerian celeb has been called out for allegedly doing what we accuse politicians of doing… Over to you guys…”.

CN reported that the Independent Corrupt Practices and other Related Offences Commission, (ICPC) had arrested and detained Oladapo Oyebanji, more known by his stage name, D’banj.

PREMIUM TIMES can exclusively report, that the musician was arrested and detained Tuesday after ICPC operatives closed in on him, forcing him to surrender himself at the agency’s headquarters in Abuja, Nigeria’s capital.

D’banj, insiders said, had dodged summons for weeks, claiming to be overseas for scheduled concerts each time he was invited to appear for interrogation over fraud allegation.

Investigators alleged that D’banj colluded with some compromised government officials to introduce ghost beneficiaries into the payroll of the scheme. The stipend paid to those beneficiaries are then paid to accounts that have now allegedly been linked to the pop star.

After the musician failed to show up for interrogation despite multiple invitations, the ICPC moved to arrest him anywhere in Nigeria and abroad, forcing him to show up at the commission’s office on Tuesday.

On arrival, D’banj was subjected to a prolonged interrogation session after which he was detained. His plea for administrative bail was rejected by officials who said the musician could not be trusted to attend his trial if released on bail.

Our sources said the ICPC might approach the court on Wednesday for an extended remand order to enable the agency complete its investigation before charging the musician to court.