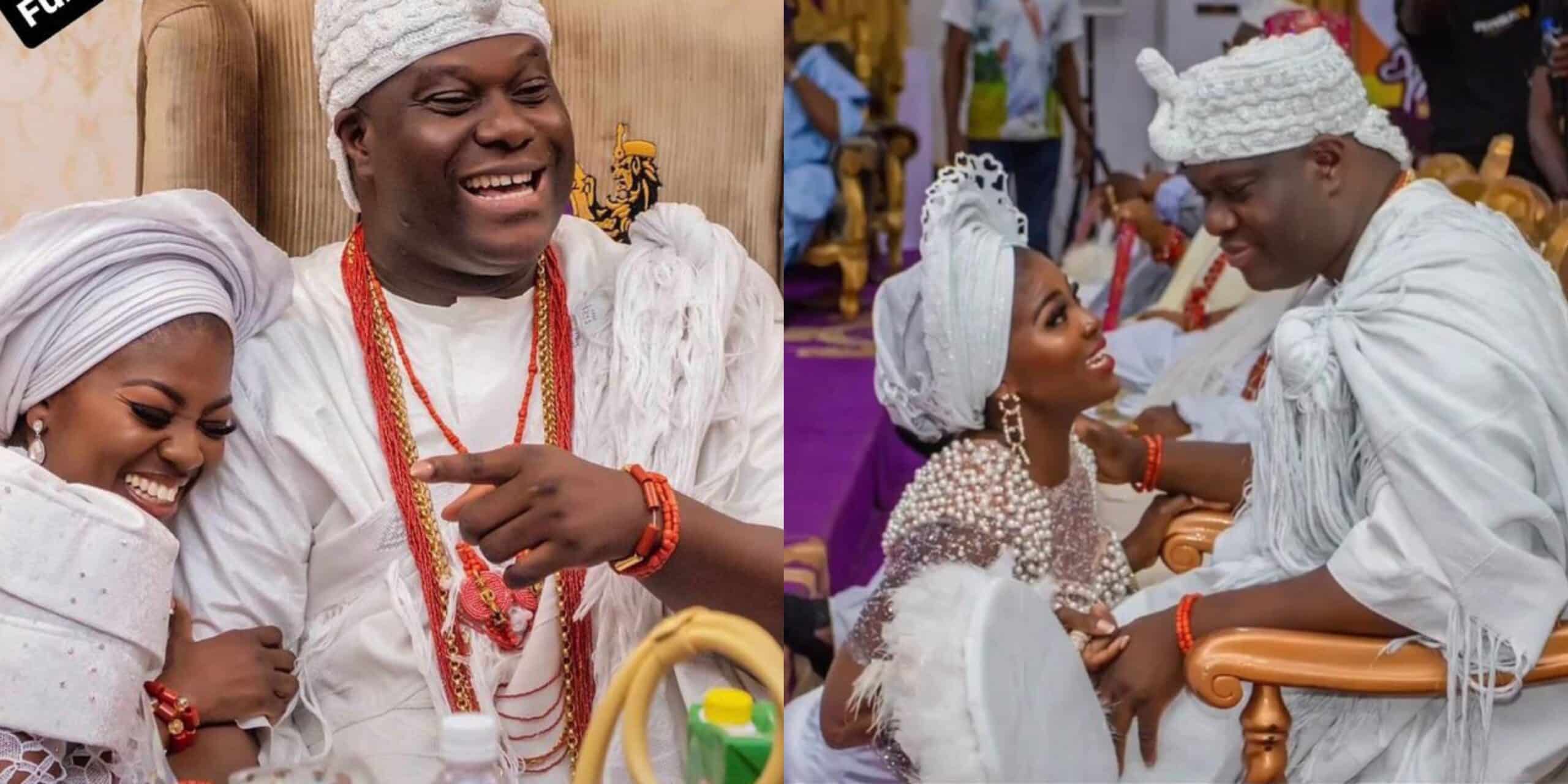 One of the wives of the Ooni of Ife, Olori Ashley has poured encomiums on him as he marks his 7th year on throne.

Singing his praises, she praised him for his courage and for being a true leader.

Olori Ashley applauded him for how he handles issues, ignores distractions and focus on what’s important, which is HUMANITY.

The fourth wife of the King went on to say powerful prayers for him.

“I give God the glory for preserving your life to see SEVEN beautiful years on the throne of your forefathers my CROWN JEWEL. I am proud to call you my HUSBAND and I am proud to call you my FATHER. You have been a strong support to everyone that has come in contact with you. The journey has not been easy, but God knew what he was doing when he chose you on the throne. Uneasy lies the head that wears the crown, I admire your strength in all situations and challenges. I love your courage, you are a true leader and a true reincarnation on this throne you occupy.

Thank you Akande Mi for being the hope that the black race needs. I love how you ignore all the distractions and focus on what’s important which is HUMANITY. I pray that Olodumare will give you peace of mind. I pray for more wisdom on the throne of your forefathers, I pray today Ade Ori Mi that Olodumare will continue to let you press on towards the goal for which you have been called on. You will live long to see your children’s children on this throne lase Olodumare. I pray Olodumare will always give you reason to laugh for the rest of your life Ase. Kaare Oko Mi, Omo Elesin merindilogun, Adimula Erujeje, Dagunduro Oko Folasade, Akande Mi Ajiwe Fun’Osha. Ekun ton fin tori, Ekun ton fin tiru tiru,Alako Omo Apaara, ki emi ola yin gun lase Olodumare”.

Recall omtaht on his 47th birthday in October, Olori Queen Ashley, had penned a touching tribute to the monarch.

READ ALSO:   I'm Grateful For Having A Lesbian - Charly Boy Gushes Over Dewy

She noted how the Ooni had shown the world what an incredible, amazing and wonderful being he is.

Saying a powerful prayer for him, she revealed that she is ecstatic for another beautiful year.

Olori Ashley described the Ooni as her crown and jewel.

Olori Ashley Afolasade, the fourth wife of the Ooni of Ife, Oba Adeyeye Ogunwusi is in a grateful mood.

The wife of the King had expressed gratitude to God for giving her heart desire, which is the monarch.

Advertisement
READ ALSO:   Man Cuts Off His Father's Head Then Wears His Intestines Round His Neck [Photos]

Sharing loved up photos of them, Olori Ashley poured out her heart to him.

She described the Yoruba monarch as her ‘Akande Mi Ajiwe Fun’Osha’. 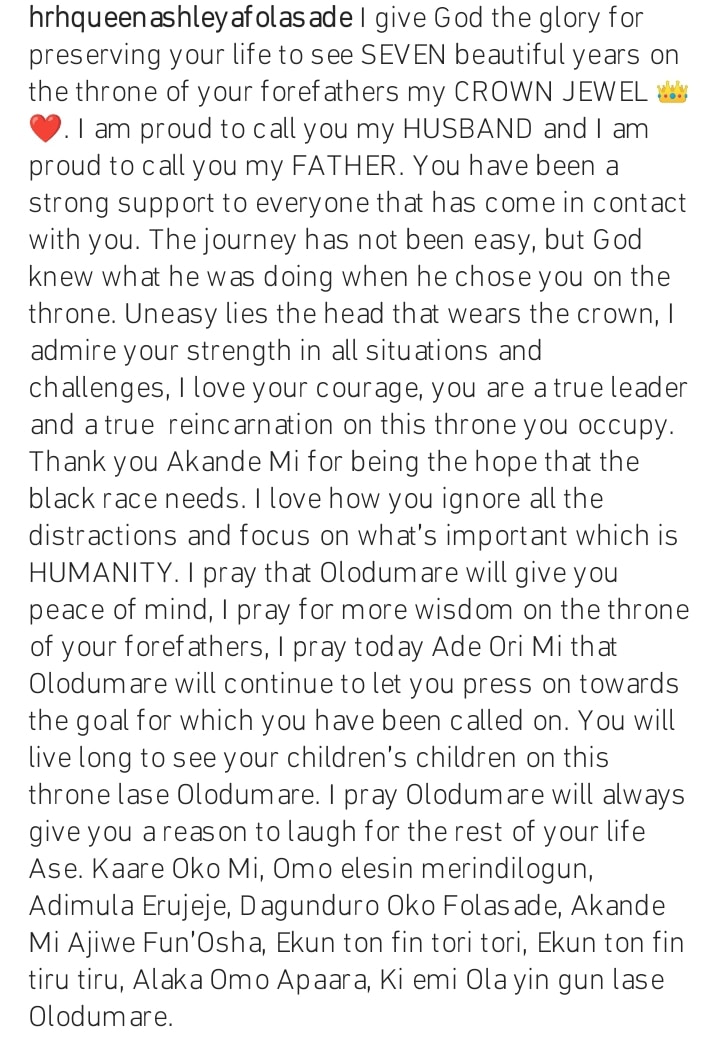