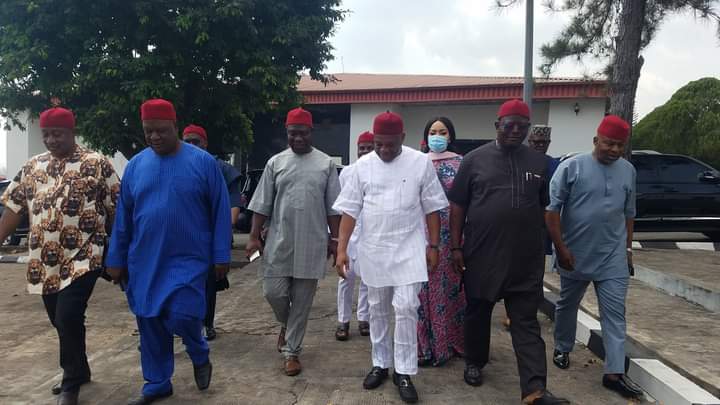 Political leaders of the South East geopolitical zone across all political parties, have insisted that it was turn of the region to produce president in the 2023 general elections. 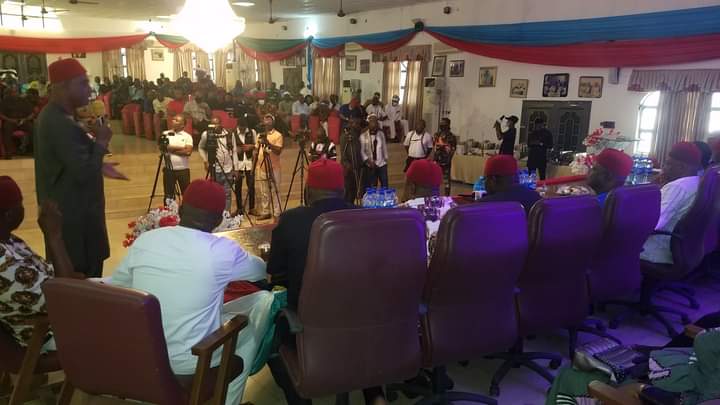 At the meeting monitored by this online platform, the leaders argued that Nigerians across political, ethnic, and religious divides fought hard, long, and collectively to enthrone the current democratic dispensation as the surest way to engender national development and guarantee a just and equitable society “where every section of the country enjoys a sense of belonging.”

“Hence as power is expected to rotate to the South in 2023, the South East is the only zone in the South that is yet to produce a President of Nigeria in the current democratic dispensation,” a communiqué issued at the end of the meeting made available to Igbere TV, further revealed.

The well-attended meeting further observed that the people of the South East region have continued to demonstrate their commitment to the unity and development of the country, Nigeria.

“Not only has the geopolitical zone actively supported the emergence of Nigerian President of other geopolitical extractions, the people are also known to be major agents of development and heavy investors outside their zone and often the next in population after the indigenes in any state of Nigeria.

“Our well-pronounced presence and investments in every nook and cranny of the country represent the firmest and most practical demonstration of faith in the unity, peace, and continued corporate existence of the country, for where a man’s treasure is, there his heart lies also,” it said.

According to IgbereTV, after exhaustive and incisive deliberations, the leaders resolved to recommit themselves to the “deepening of the nation’s democracy as the surest way of fast-tracking national development and building an egalitarian society where no man is oppressed for reasons of his class, ethnic, religious or political affiliation and background.”

They implored Nigerians across political, ethnic, religious, and geopolitical divides and persuasions to support the people of the South East zone to produce a Nigerian President of South East extraction “as a mark of good faith and to promote justice and national harmony.”

“For emphasis, we deem this very important in giving every part of the country a sense of belonging and in promoting national unity and solidarity. It is the loudest reassurance of equality of all parts and that the country indeed belongs to all members of the Nigerian commonwealth ”

Furthermore, the meeting called on all the political parties to cede their presidential tickets in the 2023 general election to the South East “in the interest of justice, equity and national unity.”

“To make good our demand and reciprocate such good faith, we have decided, as a geopolitical zone with substantial presence in every part of the country to give a block vote and throw our full weight behind any major political party, particularly the APC and PDP, that zones its presidential ticket to the South East in 2023 general election. We resolved to work for such a party irrespective of our different individual political parties.

“To emphasis that what we seek is a Nigerian President of South East extraction, one that will work to further unite and develop every part of the country. Such a President will be President of all Nigerians irrespective of their political, ethnic, and religious backgrounds, ensuring that all citizens and every part of the country is given a sense of belonging and treated with utmost sense of justice. Such was the dream of the founding fathers of this great nation wherefore they declared that though tribe and tongue may differ, in brotherhood we stand. For the same reason, they also committed to building a just nation where no man is oppressed so that Nigeria may be blessed with peace, plenty, and prosperity.”

READ ALSO:   I Begged Niger Republic To Allow Nigeria Construct Free $1.95B Railway For Them – Amaechi

OGUN:Police on the trail of another suspected serial killer who hacks community leader to death

2023: Tinubu Speaks About ‘Distributing Bags Of Rice In The North’

UK Group Raises Alarm Over “Genocide On Christians In Nigeria”