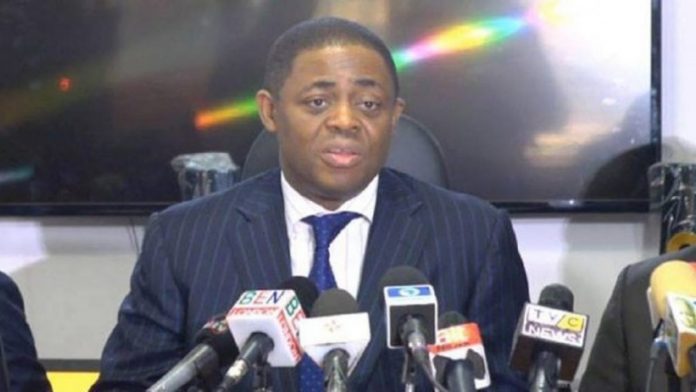 Fani-Kayode has said there’s absolutely nothing wrong in an Igbo person leading Nigerian in 2023.

Recall that  Buba Galadima, a former political associate of President Muhammadu Buhari, on Monday, claimed he does not agree with calls for Igbo Presidency in 2023.

Galadima who downplayed the possibility of “Southeast presidency”, said he disagreed with the agitations.

Reacting, Fani-Kayode in a post on his Twitter account on Tuesday said Galadima was taking the Igbos for granted, adding that there is absolutely nothing wrong with an Igbo presidency.

“We will support candidate from South East, but not Igbo presidency,”- Buba Galadima.

“Who are the “we” and what exactly does this mean? 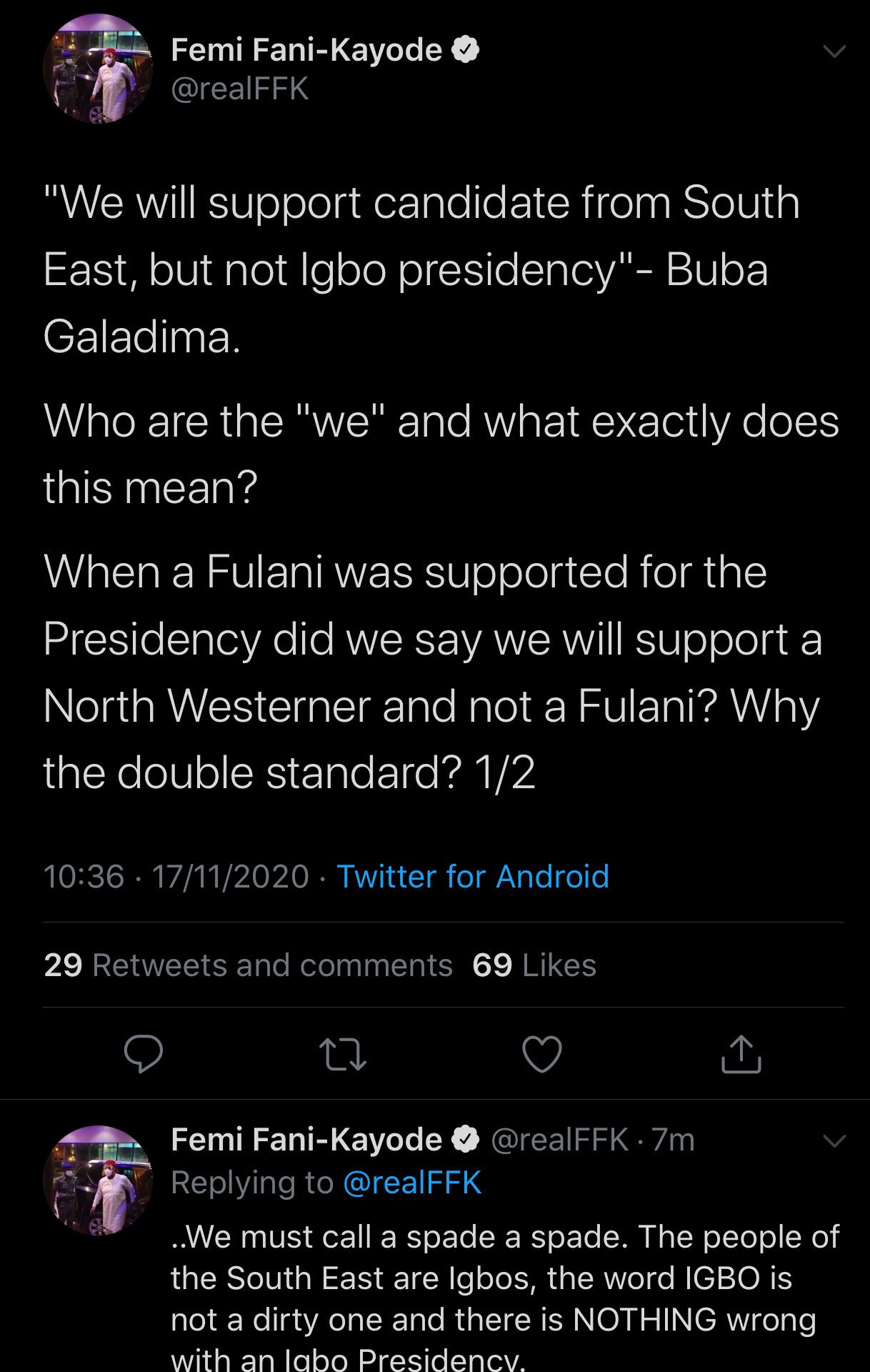 “When a Fulani was supported for the Presidency, did we say we will support a North Westerner and not a Fulani? Why the double standard?

“We must call spade a spade. The people of the South East are Igbos, the word IGBO is not a dirty one and there is NOTHING wrong with an Igbo presidency,” he asserted.