Home Top Stories 2023: Tinubu Will Need To Start From Scratch If He Dumps APC... 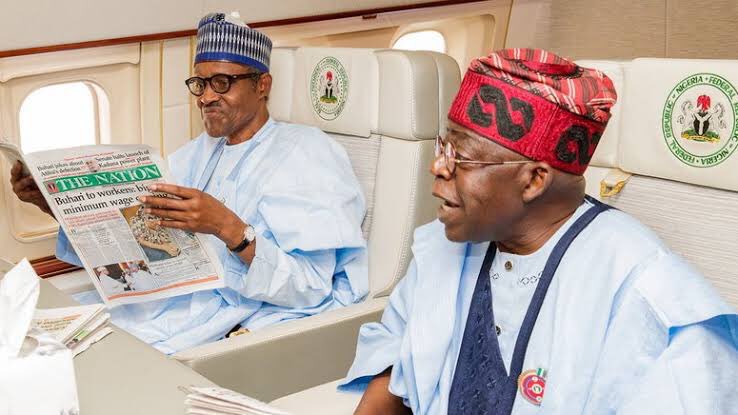 Prince Tony Momoh, a former Minister of Information, on Wednesday dismissed reports that Asiwaju Bola Tinubu, the national leader of the ruling All Progressives Congress (APC) is planning to dump the party ahead of the 2023 general elections.

Speaking in an interview with DAILY INDEPENDENT, Momoh, a former national chairman of the defunct Congress for Progressives Change (CPC), said as one of the founding fathers of the APC, Tinubu will be one of the last people to dump the party.

He also said if Tinubu decides to leave the APC, he can no longer return to his former party, Action Congress of Nigeria (CAN) given the fact that the party’s certificate of registration had been withdrawn by the Independent National Electoral Commission (INEC) upon the merger that ushered in the APC.

Momoh said: “The last set of people to walk out of APC are Buhari, Bola Tinubu, (Bisi) Akande, (Ogbonnaya) Onu and myself because there is no other place to walk to. None! We as the founding fathers of the APC will be the last person to leave APC.

FG Looking For N2.44TN To Vaccinate Nigerians Against Covid-19

“I said it specifically because many people have been saying Tinubu may leave APC. I said because of the challenges we had that led to dissolving our parties, it will be ill-advised for any of the founding fathers to say they want to leave APC. APC is not a coalition of parties”.

“We applied as individuals and the certificates of registration of the three parties were cancelled. The parties met and dissolved themselves and everybody is to go to their polling unit to register.

“So, the founding members of APC were not ACN, CPC and ANPP but individuals who belong to that party and dissolved the party before APC was founded”.

“Tinubu has his powers to make decisions and others have too. But I’m saying if anybody is going to leave APC, they will be the last to leave because they are the founders of APC.

“If Tinubu says he is leaving APC today, he can’t go back to ACN because there is nothing like that again. Unless he goes to form ACN and he will start from scratch”.

FULL OF ANGER! Bishop Oyedepo says what will soon happen to Nigerian preachers of the...

Barcelona Board Members Want Messi To Leave After Koeman Meeting