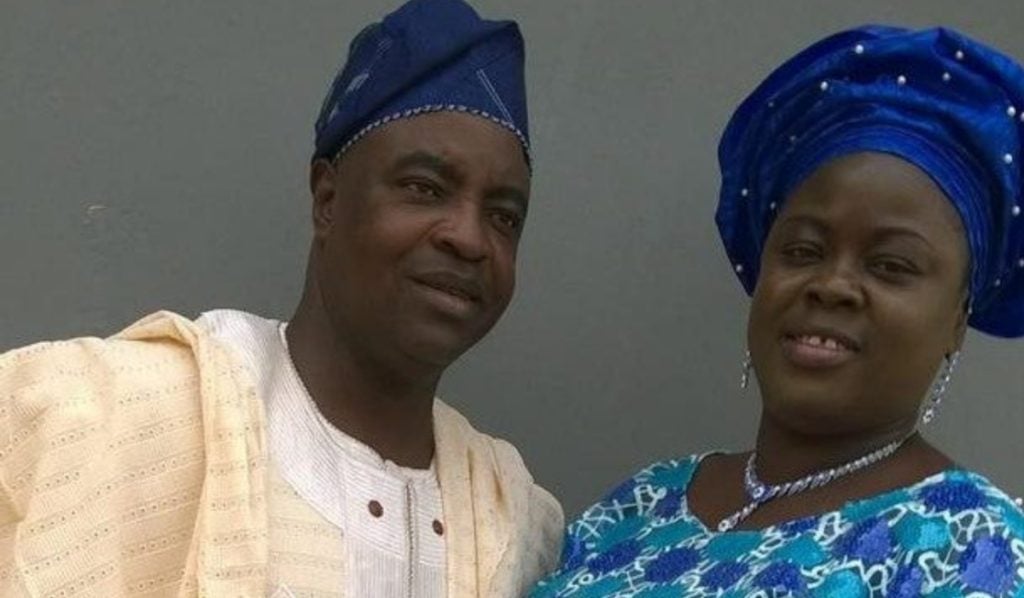 A staff of the Central Bank of Nigeria (CBN), Kehinde Fatinoye on Sunday was murdered by assassins.

CityNews Nigeria learnt that Fatinoye was murdered alongside his wife.

The wife of the CBN worker until her death was a Principal Confidential Secretary at the Federal University of Agriculture, Abeokuta, FUNAAB.

A source that spoke with Daily Post revealed that the criminals stormed their residence at Ibara GRA after they returned from the New Year crossover service.

According to the source, the assailants killed the couple and set them ablaze inside their house.

There were claims that the couple’s son and domestic staff were reportedly taken away by the assassins.

The development was confirmed by the spokesperson of the Ogun State police command, Abimbola Oyeyemi,

He said, “It is true the incident happened. Investigation has commenced. Somebody has been arrested in connection with the incident. The man and his wife were killed and we are yet to find their child who was taken away.

“The incident happened after 12 in the morning. This is a clear case of assassination and we are not leaving any stone unturned to unravel those behind the killings.”