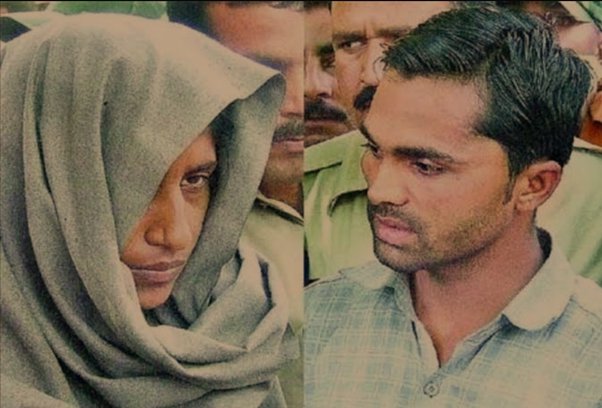 What did Shabnam do?

Shabnam is a double MA graduate in English and Geography. She was in love with Salim, a class 6 dropout. Shabnam realised that her family is an obstacle to her love story, so she made a plan along with her boyfriend Salim.

She dissolved sedatives in the Milk and gave it to her family. With the help of her boyfriend Salim, she killed her father Shukat, mother Hashmi, brothers Anees and Rashid, sister in law Annum and Rabia with an axe. She also killed her nephew Arsh by strangulating him.

In short, the couple killed 7 family members, which included a kid.

Shabnam at left and Salim at Right.

The date of execution is not yet fixed, however, the jail staff has started the preparations for the hanging.