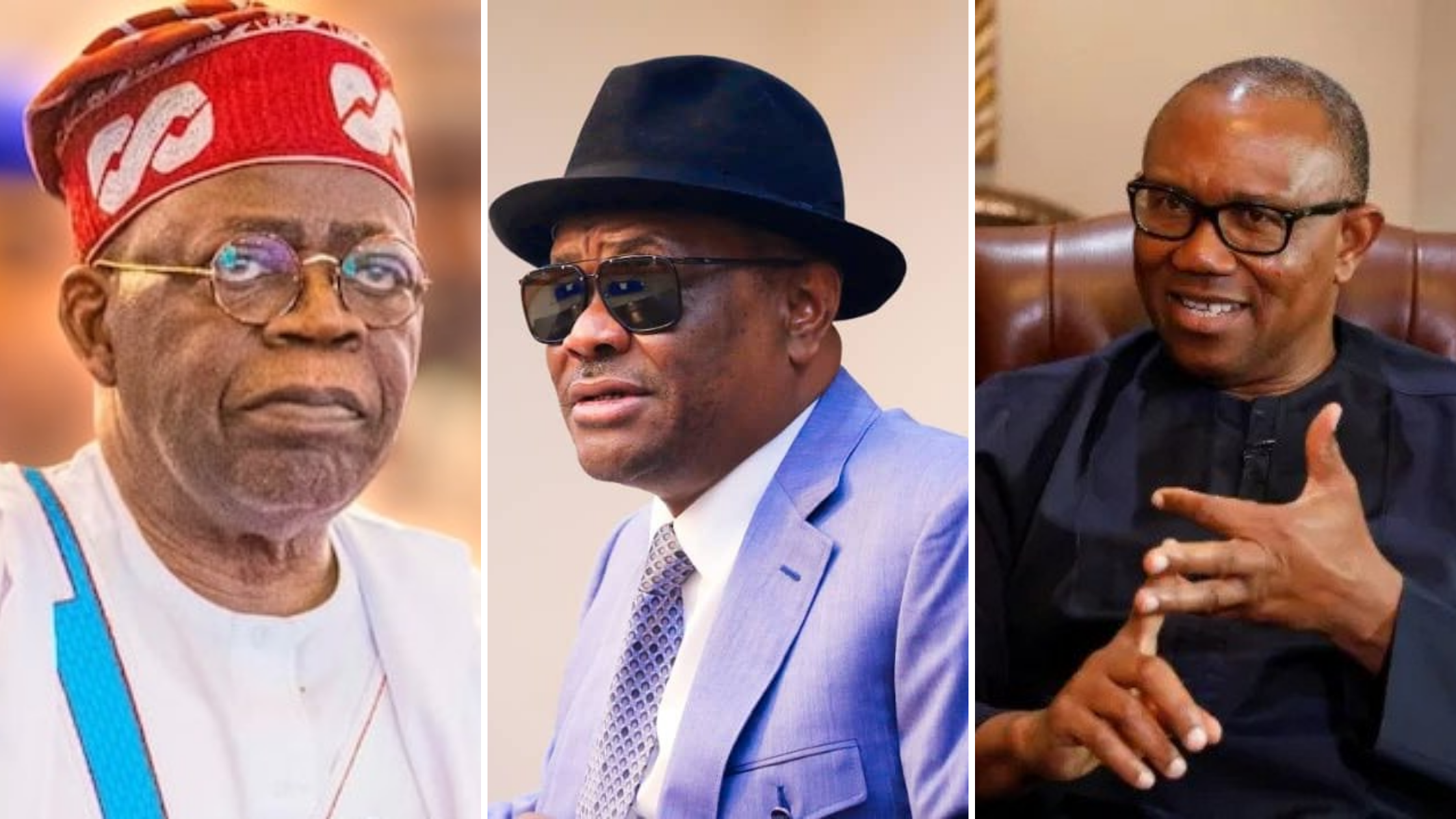 In the prophecies, Prophet Iginla spoke about the most criticized among the 2023 presidential candidates emerging as Nigeria’s next leader after President Muhammadu Buhari.

Among the top contenders for the presidential seat, Iginla only spoke about the presidential candidates of the All Progressives Congress (APC), Asiwaju Bola Ahmed Tinubu and his Labour Party (LP) counterpart, Peter Obi.

The renowned Nigerian cleric recalled how he had informed his followers in 2021 and 2022, even before the primaries of the political parties, about the Governor of Rivers State, Nyesom Wike, becoming a major factor in the forthcoming election.

He also recalled saying that Tinubu, a former Governor of Lagos is also a major factor in the 2023 race.

In his prophecies made available to Naija News, Prophet Iginla said Nigerians must pray not to have the unnecessary drag or delay of announcement of the election result.

“Don’t misquote me, the ruling party should not be over courageous because I see a fight of two lions and a tiger, especially in the gubernatorial elections of some states. There will be a win and gain here and a loss there. Concerning the presidential election, I see the most criticised and hated candidate emerging winner under the permissive will of God,” the cleric said.

Speaking about the outcome of polls in some states, Iginla warned the opposition not to underestimate Labour Party at the polls.

“I will mention these states and won’t elaborate but we should just pray along as the election is underway- Kaduna state, Benue State, Plateau state, Enugu state, Abia State, Cross River and Oyo State,” Iginla said as he warns ruling parties in the mentioned states to be prepared and not be overconfident so that there won’t be surprises.

States like Rivers, Lagos, I see those sitting on the seat retaining the seats,” he said.

Iginla, however, urged Nigerians to be prayerful so there won’t be unnecessary battles and tensions after the elections. He charged everyone to pray so that the outcome of the elections should go down well with the players and the aggrieved ones should address it legitimately.

Prophet Iginla warned Labour Party presidential candidate, Obi, to gear up on his security as a person before and during the 2023 election.

He noted that the year 2023 will be a turning point for Nigeria after the election.

According to the prophet, contrary to the prophecies being given, Nigeria will gradually bounce back irrespective of the tensions that will come during and after the elections. Iginla further noted that the new government that will come in will take drastic measures that will create tensions but it will lead to sustainable economic growth that will shock us.

Great Secrets Under Buhari’s Government Would Be Exposed

While warning the citizens to pray against fire Outbreaks in major markets in Nigeria, Prophet Iginla said there will be great exposure of secrets under the incumbent government led by President Muhammadu Buhari.

According to him, even President Buhari would be shocked to know for the first time some of the secrets that would be unveiled which are irregularities perpetrated by some of his appointees.

Godwin Emefiele: Prophet Iginla said the incumbent Governor of the Central Bank of Nigeria (CBN) must pray well because he foresees hard times coming ahead of him.

Nnamdi Kanu Will Be Released

According to the prophet, the embattled leader of the proscribed Indigenous People of Biafra (IPOB), Mazi Nnamdi Kanu, will be released but he has to pray for his health.

“He has to pray even after his release. Indeed the spirit is willing but the flesh is weak. He must fight to stay alive and think about his health. He still has a purpose to fulfil.

“The voice of the Igbo man will be heard sometime, somehow on God’s own calendar some day,” Iginla noted.

According to the cleric, the presidential candidate of the APC, Tinubu will at a point suggest sensitive betrayal. However, he said that nothing is going to change, but things will be tough.

“Overconfidence is dangerous at times. God uses the foolish things of this world to confound the wisdom of the wise. Peter Obi is a man with a mysterious destiny, but a prophet is without honour except in his own kindred.

Mighty betrayal will come from quarters he least expected. 2023 is a year of mystery. Those you despise might be your helpers, and those you are embracing might be the ones to betray you,” Iginla said.

Speaking on the current controversies in the Peoples Democratic Party (PDP) camp, Prophet Iginla said despite all odds, Governor Wike’s political destiny is not yet over.

He said: “Wike will play a major political role in the destiny of this country. I am not saying this for enticement but the star is on his head somehow. He should watch over his health too and avoid being poisoned. Like I said, Wike is a factor.

“Even after election, the winners should pray to enjoy their health and not be travelling constantly abroad for medical attention.”

“There is a spiritual curse on the seat of power of this country. There is a force that made men who have something tangible to do for this country to enter there and find it difficult to do anything,” the prophet added.