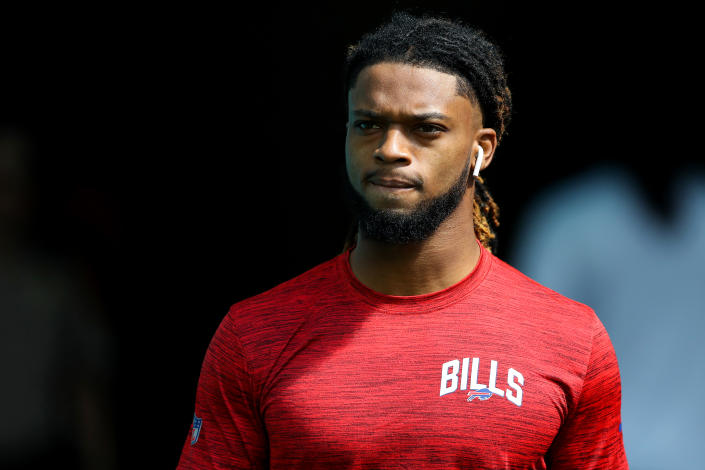 Hamlin’s family provided a statement earlier Tuesday thanking fans for their support and first responders and healthcare professionals for their work in taking care of Hamlin.

Hamlin suffered cardiac arrest on the field after tackling Cincinnati Bengals receiver Tee Higgins. Hamlin was hit in the chest, got up after the tackle, then collapsed. His heartbeat was restored on the field, the Bills said, and he was taken off the field in an ambulance. Hamlin was transported to nearby UC Medical Center. Players and coaches from the Bills and Bengals went to the hospital to support Hamlin.

The Bills said on early Tuesday morning that Hamlin was sedated and in critical condition.

The sporting world united in support of Hamlin. Current and former NFL players, and even some NBA stars, gave their best wishes to the Bills safety.

The game was suspended after a long delay. The Bills flew back to Buffalo, with some players reportedly staying behind to be near Hamlin. Some NFL teams canceled scheduled media availability on Tuesday out of respect for Hamlin, as everyone waited for an update on his health.

Hamlin, who is 24-years old, is a second-year player out of the University of Pittsburgh. He was a sixth-round pick in the 2021 draft and as a rookie he contributed on special teams. This season he got the chance to start at safety on the Bills’ defense due to an injury to teammate Micah Hyde. Going into Monday night’s game he had started 13 games and had 82 tackles.