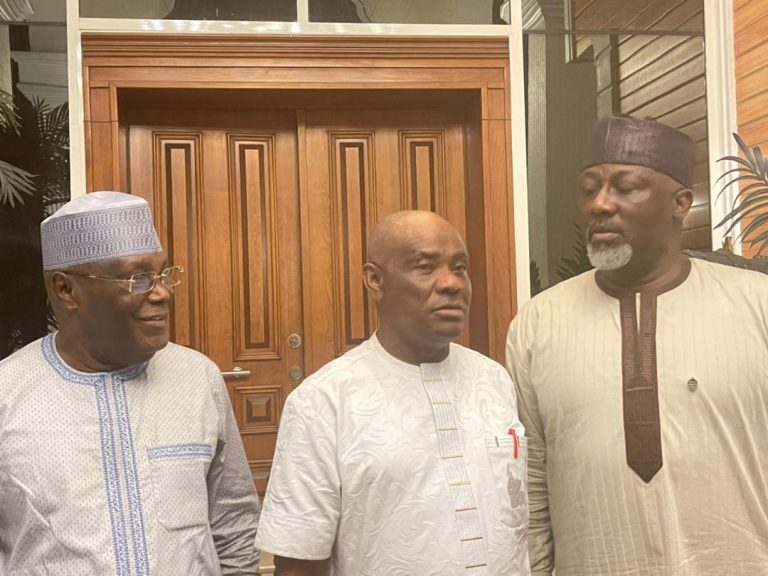 CityNews Nigeria reports that former President Olusegun Obasanjo had taken a swipe at Atiku, his former vice, while endorsing the presidential candidate of the Labour Party (LP), Peter Obi.

Reacting to Obi’s endorsement by Obasanjo, Wike had mocked the PDP presidential candidate over his failure to get his former boss backing.

“I was praying that Obasanjo should not say anything. When I saw the letter last night, I was touched. If your principal cannot recommend you, then there is something fundamentally wrong,” Wike said.

He said: “Wike should be ashamed that he has constantly solicited the attention of Atiku by his continuous disrespect and unwarranted insult of a man who did nothing to you. Atiku’s only crime is that he won a transparent presidential primary.

“Wike was chief of staff to Amaechi but Amaechi did not trust him enough to hand over to him. I advise him to support whoever he wishes to support as we will no longer tolerate his insolent tendencies.

“The question is; is there something wrong with Wike that Amaechi did not hand over to him? Why will Prince Uche Secondus, Rt Hon. Austin Okpara, Sen. Lee Meaba, H:E Celestine Omehia, Chief Abiye Sikibo, Sen George Sekibo, Hon. Chinyere Igwe, etc, leave him unceremoniously for Atiku. Something is definitely wrong somewhere.”