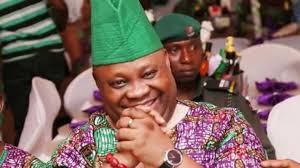 Osun State Governor, Ademola Adeleke has advised former Governor of the state, Adegboyega Oyetola to accept defeat, saying that his victory was from God.

Adeleke’s advice was contained in a statement issued by his Chief Press Secretary, Mr. Olawale Rasheed, and made available to newsmen in Osogbo on Tuesday.

He was reacting to a recent comment credited to Oyetola on his possible return to power.

The former governor had said at a prayer session organized in Osogbo by APC members to welcome him to the state on Monday, that he heard from God that he would return to office as governor.

But countering the comment, Adeleke stated, “God is of justice, equity, and honesty, not of electoral banditry and deceit.”

READ ALSO:   Fact-check: Does Biden have 'the lowest approval rating of any president ever'?

According to him, the Holy Books even noted that the devil’s whispering is real and no one should mistake the voice of the devil for God.

“Our Almighty God has spoken resoundingly in favour of Gov. Adeleke and the former governor should accept defeat so he can hear the true voice of God,” he added.

Adeleke stated that there is life after losing an election.

He further stated that the people of Osun had moved on and “are now enjoying a new governance of openness, accountability, and responsiveness to yearnings and aspirations of the citizenry.”

He contended that the state had launched “a new chapter of new leadership and also returned the state power to the people, who are now feeling the new air of governance.

“Never will Osun be returned to the years of the locust,”