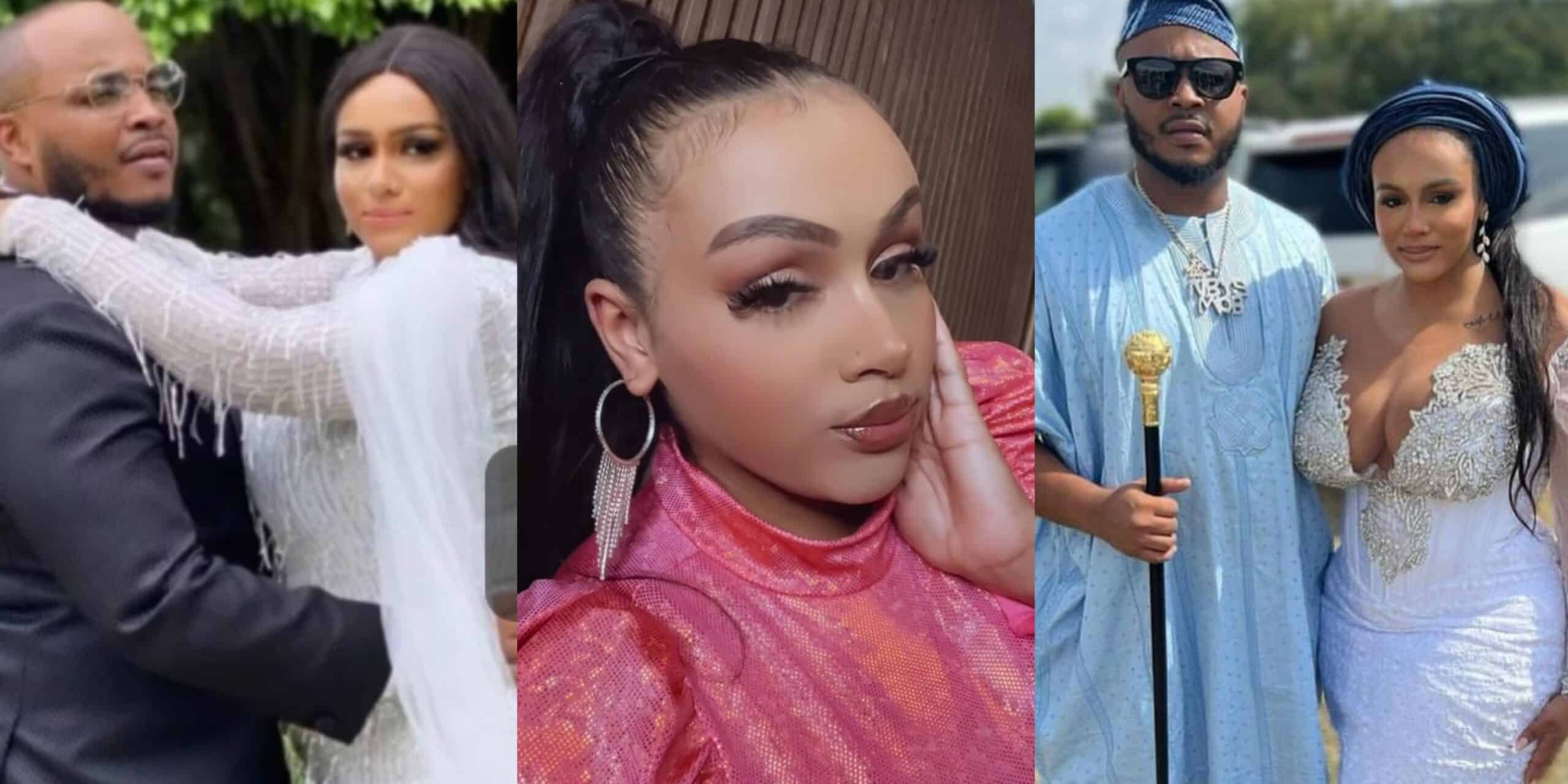 Korth Adeleke, the estranged wife of Sina Rambo is clearly not done exposing the Adelekes family, as she makes B-Red her next target.

Choosing war with the Adelekes this year, for their poor treatment of her, Korth shifted her attention to B-Red, Sina Rambo’s younger brother. Recall that Korth had earlier dragged his sisters for intervening in her marital issues and for abetting Sina Rambo’s crimes.

Exposing B-Red who shaded her for dragging his brother, Korth shared a screenshot of his police record. From the screenshot she posted online, the singer had once been arrested for shoplifting. Surprisingly, Korth had since deleted the screenshot after Sina Rambo posted a video of him face timing his daughter, who he shares with Korth.

There was so much trouble for the Adelekes late last year, as the wives of both Sina Rambo and B-Red called things quit with them.

Sina Rambo’s wife calls him out for alleged domestic violence

Korth had hinted at marital crisis as she dragged Sina Rambo for alleged domestic violence.

In a series of posts on her Instagram story, Korth revealed how she had been feeding and taking care of the bills of Sina Rambo. She claimed that the Adelekes wealth is all a facade as she is the breadwinner of their family.

Dragging the upcoming singer and Governor son, she told him to pay her the money he owes her.

Korth, shared a disturbing video of the aftermath of Sina Rambo’s violent attack on her. The son of Governor Ademola Adeleke had destroyed her door and inflicted injuries on her.

In another post, Korth had announced that her marriage to the singer had crashed while responding to backlashes.

The mother of one took to her Instagram story to drag the upcoming singer for being an infidel.

Korth claimed that Sina Rambo can’t provide financially for the family and would rather spend his money on weed. To add to it, he was disrespecting her mother.

Reacting to her outburst, B-Red questioned why a person would be angry that someone is rich and comes from a wealthy family.

“How can you be angry that someone is rich and comes from a wealthy family? (It doesn’t not make sense)”.

In what seems like ‘Karma at work’, B-Red’s marriage to his babymama Faith Johnson crashed.

READ ALSO:   2023 Presidency: Is Atiku Moving On Without Governor Wike And The Gang?

Though the wedding of B-Red and Faith was never known to the public, the loverbirds had claimed that they were married. While responding to a troll, Faith revealed that she was married to the singer and B-Red had also confirmed their marital union.

However, it seemed their marriage couldn’t stand the test of time as the parents of one unfollowed each other.

Kemi Filani did a check on their respective Instagram pages and found out that the couple are no longer following each other.

This marked the second crashed marriage in the Adeleke’s family in 2022.