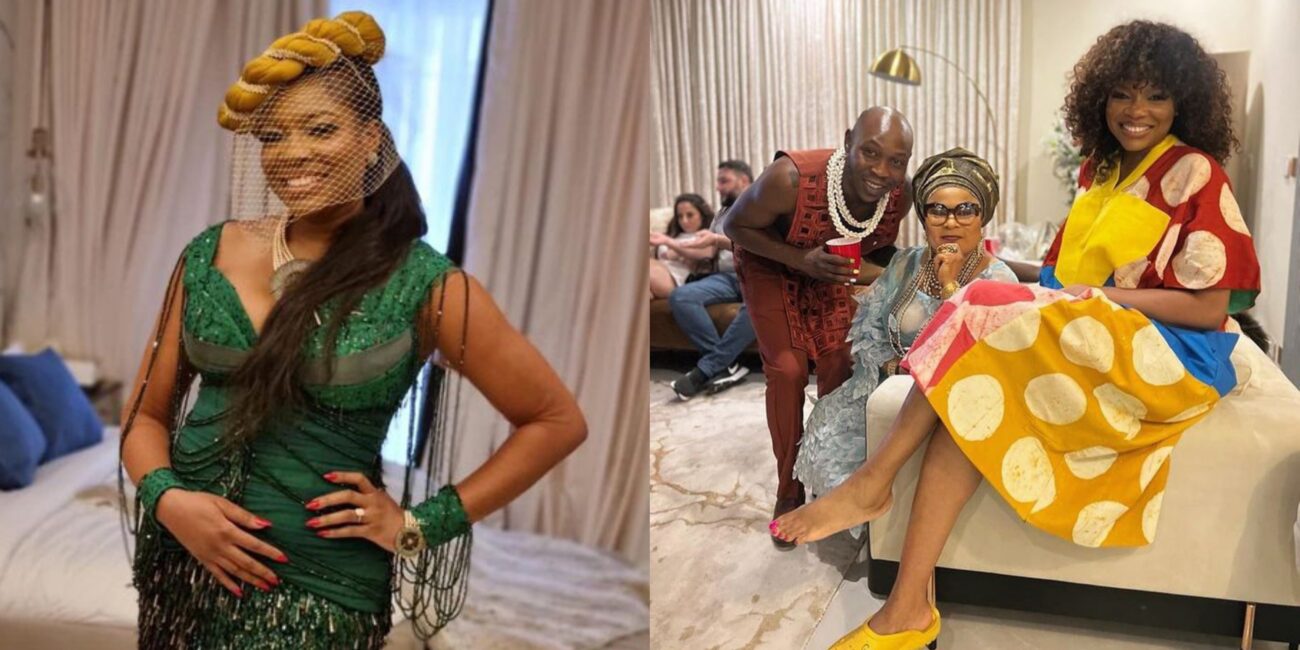 Taking to her Instagram page, Kemi Adetiba who is planning the final leg of her wedding, revealed that production has already started for King of Boys 3.

Sharing a photo of her, Sola Sobowale and Seun Kuti, Kemi Adetiba revealed that KOB 3 is going to be a wild ride.

“I just need y’all to know…

I cried ugly, happy tears when King of Boys sequel made it to Netflix’ – Kemi Adetiba spills

Last year, Kemi Adetiba and the casts of the newly produced movie ‘King of Boys 2’ (KOB) were highly thrilled after declaration to air on the popular online app visuals known as Netflix.

Sharing a photo of the advert on a billboard, she recounted how she fell sick seven months before the production of KOB 2 and had to work her ass off to make it work.

Speaking further, she mentioned filmmaking is not as easy as it seems to be on screen. However, without leaving any stone unturned, she appreciated all that have participated in making the movie a success.

“If I’ve ever shown bravado on this app, please ignore. I CRIED ugly, happy tears this morning. I’m talking snorting dripping, happy tears. I then got on a twenty minute video call with @solasobowale and we both cried together. This is what dreams are made off. A lot of work has gone into this.

After almost dying last year, and moving straight from the hospital (after being sick for almost 7 months) to the KOB 2 set only six weeks later… This moment feels like a dream that almost didn’t happen. That the devil tried to steal.

Filmmaking is one of the hardest occupations. Don’t let anyone tell you different. Even the guy wrangling cables on set sees PEPPER. But moments like this make it all worth it”.