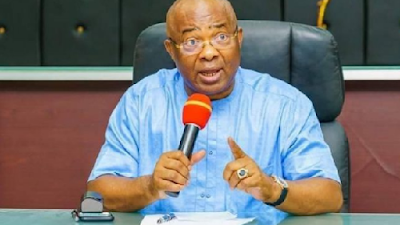 Imo State Governor, Hope Uzodimma has claimed the Second Niger Bridge executed by the administration of President Muhammadu Buhari is enough for the South-East zone to vote for Bola Tinubu, the All Progressives Congress, APC, presidential candidate.

Governor Uzodinma made the statement on Thursday while appearing on the Channels Television’s programme.

The governor also said most of the federal roads in the zone had received sufficient attention and budgetary commission, adding that commuters no longer suffer as they used to before.

“Senator Bola Tinubu is the presidential candidate of the APC, the party in power. From 1970 when the civil war ended, the Igbos asked for the Second Niger Bridge, government after government came with promises that were not fulfilled.

“The last Christmas was greeted with jubilation, Igbos coming from outside the South-East using the Second Niger Bridge. That is even enough for the whole Igbos to vote for Buhari’s legacy to continue,” Uzodinma said.