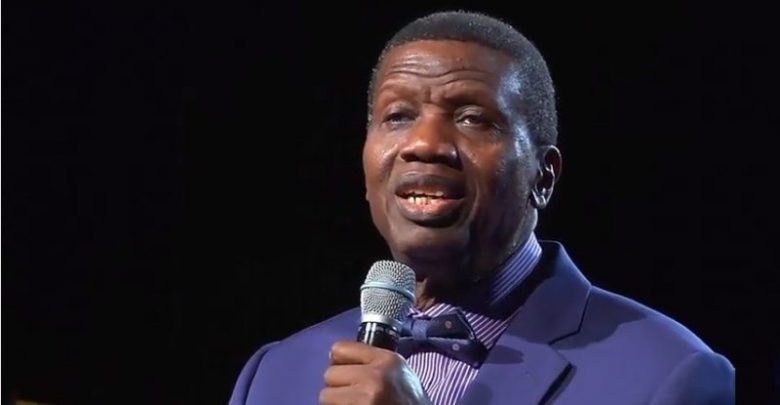 The General Overseer of The Redeemed Christian Church of God (RCCG), Pastor Enoch Adejare Adeboye, has opened up about his encounter with the officials of the Economic and Financial Crimes Commission (EFCC) many years ago.

According to the revered Christian preacher, operatives of Nigeria’s anti-graft agency came after him when he bought a private jet some years ago.

Delivering a sermon at the Redemption City on Friday through Saturday morning during the Holy Ghost Service of the Church tagged “Wonderful,” Adeboye said he returned to God for a solution when the EFCC men were sent to probe him over the new development.

Adeboye said at the time when the provision came for him to own a jet, there was a lot of noise around and people were criticising him from all areas.

They sent EFCC to come and probe me, “Where did he get the money to buy a jet?” etc. The noise was much. Then one day, I was flying because I didn’t buy a jet for pleasure; the work has expanded to the level that there is no way I can do it by commercial travelling,” Adeboye said.

Sharing his travel experience and how a private jet became a necessity to his ministry, Pastor Adeboye said: “If you want to travel by commercial, you have to wait for their timetable. If I have to wait for their timetable, I won’t be able to do what God wants me to do. I mean to give you an example: I finished in our European Convention in Spain one night, 33 nations gathered together; as soon as I dismissed the program around 12 midnight, I head straight to the Airport to travel over to Hong Kong.

“I needed to touch all those places, minister to them, dedicate the churches, ordain pastors and be back before the next Holy Ghost Service. There’s no way I can do that by commercial plane. That’s what led to the jet. The noise was great, and I was becoming a bit disturbed.”

Speaking on what he did, the RCCG general overseer said he asked God, saying, “Father, what do I do now? and God answered him saying “Don’t answer them, I have you surrounded.”

Advertisement
READ ALSO:   2023: Why Tinubu Should Run For President

Sharing further Adeboye said: “One day I was flying; it was during the day, far above the cloud. I just felt the Holy Spirit saying, “Look out of the window.” I looked out of the window and said, Lord, I can’t see anything. He said, look down at the cloud and I saw a rainbow.

“Now normally a rainbow is an arc but this rainbow that I saw was a complete circle and it was extremely big. I looked down into the center of the rainbow and I saw the shape of a plane. It looks as if the rainbow was moving, always keeping the plane in the middle.

“The Lord said to me, “Son, the shadow you see is the shadow of this your plane. I have you surrounded.”

“I decree to somebody here today, My Father who is a consuming fire will surround you.”