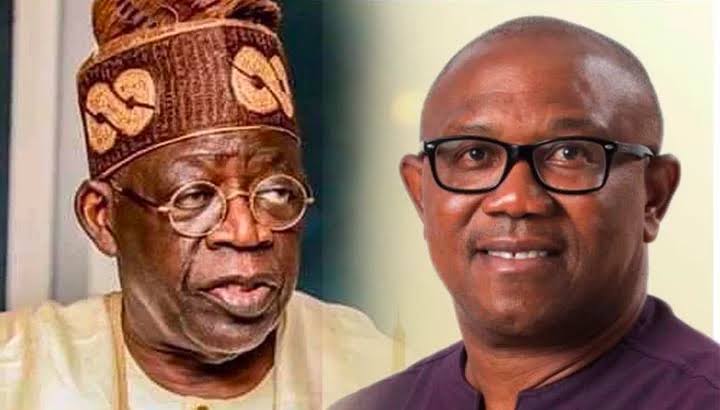 The standard bearer of the All Progressives Congress (APC), Bola Tinubu, has slammed his Labour Party (LP) counterpart, Peter Obi, for boasting that he saved N75bn when he was Governor of Anambra State.

He accused Obi of being heartless for saving money in banks when the people of Anambra were hungry, and infrastructure such as hospitals, schools, and roads are in bad shape.

CityNews reports that Tinubu was accused at the mega rally held on Saturday at the MKO Abiola Democracy Park in Akure, the Ondo State capital.

The APC flagbearer said Obi had a chance to show how progressive he could be when he was governor of Anambra State but he failed woefully, adding that he will not do better if elected President on February 25.

He said: “All he could do was boast that he saved money. But I tell you it is a wicked parent that holds money in his hand yet allows his children to starve.

Advertisement
READ ALSO:   Nigeria To Get Another Batch Of COVID-19 Vaccines By September

“Likewise, it is a heartless governor who holds back money when people went hungry, and schools, roads, and clinics went into disrepair. Neither the city-dwellers nor farmers prospered under him.

“In the end, he refused to save the people because he preferred to save the money. And he claims to be the party of Labour. You will have to be labouring under a terrible delusion if you think he will do better for the nation than he did for Anambra State. Buyer beware of salesmen selling fake merchandise.”

Speaking further,  Tinubu asserted that the difference between his leadership and that of Obi is progressive and good governance.

READ ALSO:   Breaking: WHO dumps hydroxychloroquine as drug for covid-19

He added: “Although Lagos is crowded and Anambra has ample space, more people left Obi’s Anambra seeking a better life in Tinubu’s Lagos than left Lagos believing Obi had established a blueprint for growth in Anambra.

“My people, you cannot entrust your future or that of our nation to Mr Sell Everything Atiku or Mr Stingy Obi. But you can trust Mr Progressive Good Governance Tinubu.”