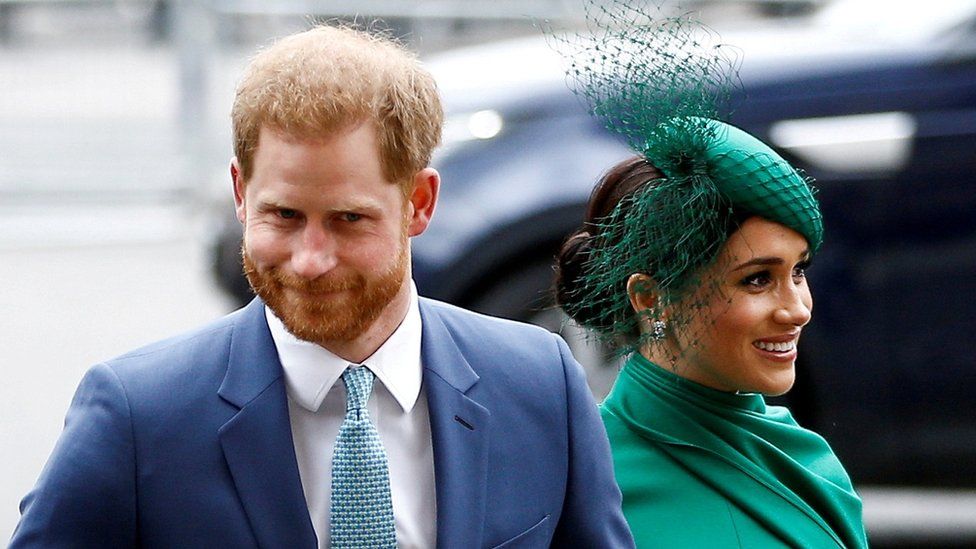 Anderson Cooper had a pointed question for Prince Harry about his current chapter since leaving royal life.

In an interview that aired on CBS’ 60 Minutes on Sunday to promote Spare, the Duke of Sussex’s memoir, Cooper noted that Harry and his wife Meghan Markle stepped back from their senior royal roles in January 2020 and relocated to North America, then inked a deal with Netflix and gave a tell-all interview to Oprah Winfrey months later. The couple has continued to use the royal Duke and Duchess of Sussex titles they received from Queen Elizabeth on their 2018 wedding day, and Cooper asked why.

“Why not renounce your titles as Duke and Duchess?” Cooper, 55, asked.

Harry, 38, replied: “And what difference would that make?”

“One of the criticisms that you’ve received is that okay, fine, you wanna move to California, you wanna step back from the institutional role. Why be so public? Why reveal conversations you’ve had with your father or with your brother? You say you tried to do this privately,” the 60 Minutes correspondent said.

“And every single time I’ve tried to do it privately there have been briefings and leakings and planting of stories against me and my wife. You know, the family motto is ‘never complain, never explain,’ ” Harry said of the adage. “But it’s just a motto. And it doesn’t really hold.”

Prince Harry also cited the saying when it came to relationships with his family in his first TV interview about Spare, which also aired Sunday night in the U.K. on ITV.

In Harry: The Interview, journalist Tom Bradby asked the royal how he justified sharing family secrets, to which Harry replied, “Well, there’s been a motto, a family motto, of ‘never complain, never explain.’ And what people have realized now through the Netflix documentary and numerous stories coming out over the years is that that was just a motto. There was a lot of complaining and there was a lot of explaining.”

“We’re six years into it now and I have spent every single year of those six doing everything I can privately to get through to my family. And the thing that is the saddest about this, Tom, is it never needed to be this way. It never needed to get to this point,” he said. “I’ve had conversations, I’ve written letters, I’ve written emails, and everything is just, no, you, this is not what’s happening. You are imagining it.’ And that’s really hard to take.”

Can’t get enough of PEOPLE‘s Royals coverage? Sign up for our free Royals newsletter to get the latest updates on Kate Middleton, Meghan Markle and more!

“And if it had stopped by the point that I fled my home country with my wife and my son fearing for our lives, then maybe this would’ve turned out differently,” he said.

Prince Harry‘s memoir, which will be released on Jan. 10, is an “intimate” and “heartfelt” look into the “experiences, adventures, losses, and life lessons that have helped shape him.”