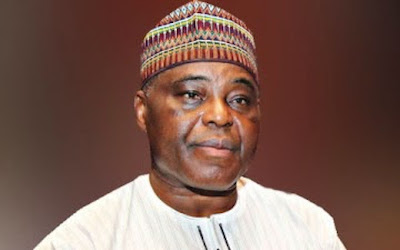 The Chairman of DAAR Communications Limited, High Chief Raymond Dokpesi has been arrested by the Police in the United Kingdom.

Dokpesi was said to have been arrested on Sunday while travelling to the United Kingdom.

He had boarded a Lufthansa Flight LH916 from Frankfurt to London and was subsequently picked up at Terminal 2 of Heathrow Airport in London.

A source who was on the flight confirmed his arrest to this website.

The source said, “We were on a flight from Frankfurt to London and as we are about to arrive London, we were informed that we should all stay on our seat when the aircraft lands and that the Police wanted to do something. We were informed that there will be a police operation.

“So when we landed, the police came in and ask who is Raymond Dokpesi and they now took him away. He was wearing agbada. He was arrested in London.”