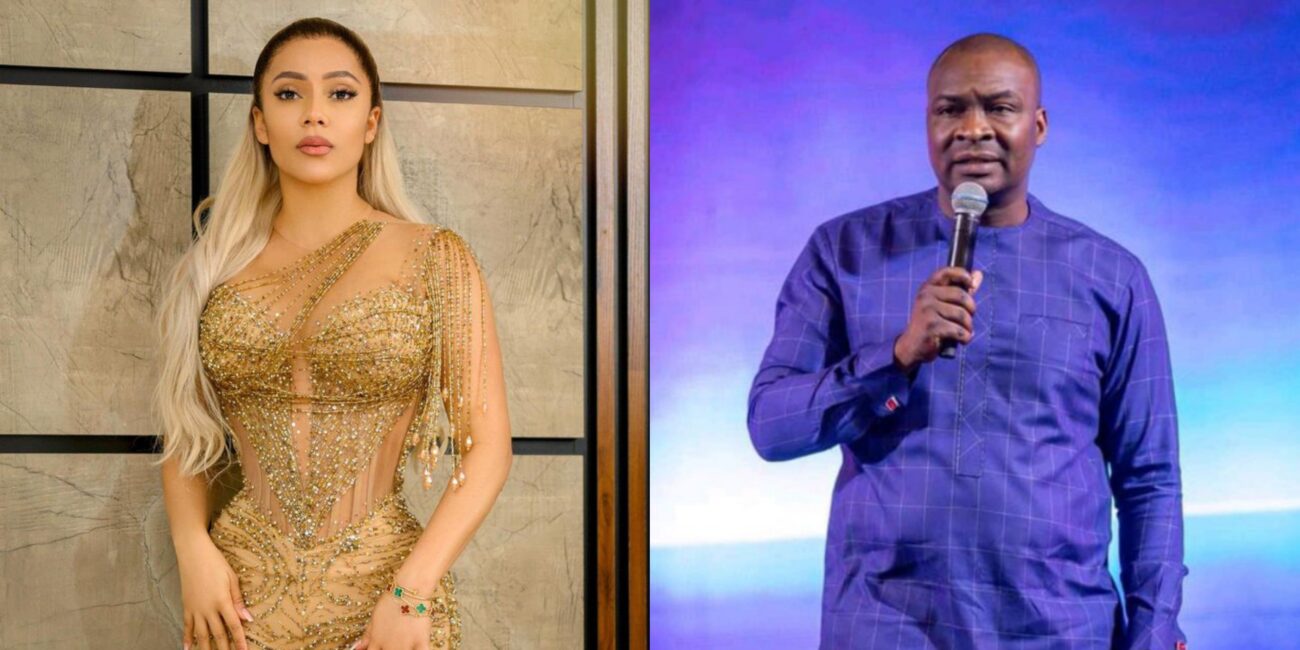 CN recalls that Apostle Joshua Selman, a well-known man of God, was questioned by Maria Chike Benjamin about their alleged relationship after she mistakenly took him for Apostle Johnson Suleiman.

Recall that last year, reports made the rounds that Maria was involved with a popular wealthy man of God, which many believed was Apostle Johnson Suleman.

Taking to Apostle Joshua Selman’s Twitter page, Maria queried if the man of God was the one people thought she had an affair with.

READ ALSO:   Ooni Of Ife: Oonirisa To React After Actress Nkechi Blessing Sunday Applies To Be The Next Wife

Maria, however, stated that she didn’t mean to offend him and apologized for any harm her questions would cause him.

“Amen! But I’m sorry man of God, are you the one they allegedly claim I had something with? No offence but myself and my partner just laughed out loud! May God be with you amen. I found on a retweet please don’t be offended”.

Realizing her mistake, Maria quickly deleted her tweet and wrote, “I stand corrected. My apologies for getting names mixed up/wrong. Find it in your good heart to forgive my innocent tweet. Remain blessed.”

How Maria was accused of sleeping with Apostle Johnson Suleiman

Sometime last year, Maria was accused of cheating on her Dubai-based boo, Kelvin.

According to the blog, apart from Kevin, Maria had been allegedly having an intimate relationship with a top male entertainer.

To worsen it, the reality star was allegedly dating two other men aside from the entertainer, a wealthy businessman and a wealthy pastor.

The blog post reads, “Hmmmm Shey Kelvin says he will leave his wife and be following madams. On authority, I confirm to you that apart from Hunku kelvin whom I no too sure if he is still in charge o. But the fully chest confirm gist is that una fly girl dey knack a very rich top male entertainer, a very wealthy businessman and a very wealthy pastor. So Hunku kelvin even if anything, he is not the only one fully in charge. Like how she is able to multi task to satisfy all 3 of them baffles me. Remember after the APC primaries, I hinted a gist? Maria Maria, I greet you. Hian! Ezewanyi….I pull cap for you. Maria fans, in case you want to type nonsense, please your madam to dare deny make we finish business”.