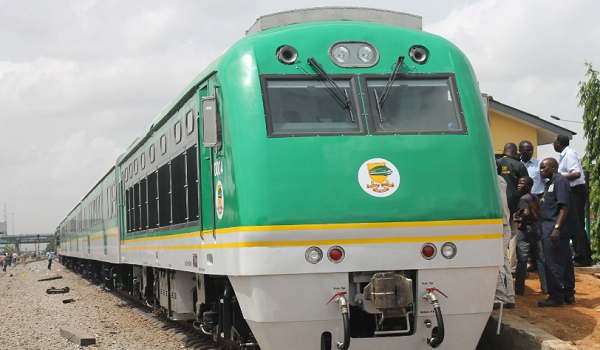 Gunmen who abducted 31 train passengers at the Tom Ikimi train station in Igueben, Edo State, have reportedly demanded N620m ransom for their release.

This online medium gathered that the kidnappers contacted the families of the abductees to pay N20m for each victim on Monday, two days after the incident occurred.

Confirming the development, Executive Director of Esan Youth for Good Governance and Social Justice, Benson Odia, said the gunmen made their demands known which was absurd and ridiculous.

In a chat with The PUNCH, Odia urged the federal government and security agencies to intensify efforts in locating where the victims were kept and rescuing them.

He also said that the Minister of Transportation, Mu’azu Sambo, and the Managing Director of the Nigeria Railway Corporation (NRC), Fidel Okhiria were at Igueben to assess the situation.

He said, “I can tell you that the kidnappers have demanded N20m, totaling N620m. This is absurd and I don’t know where poor people will be able to raise that amount of money.’’

The Edo state Command’s spokesperson, SP Chidi Nwanbuzor however said he is not aware of the demand by the kidnappers.

However, the Edo state government has disclosed that six of the kidnapped passengers had been rescued, adding that efforts were ongoing to rescue the remaining 26 victims.

In a statement on Monday, the state Commissioner for Communication and Orientation, Chris Nehikhare, said Governor Godwin Obaseki had given directives that the criminals should be arrested.

He added that two wanted kidnappers who were not connected to the present case have been arrested and would also help the police in their investigation.

The statement read, “Following the directive from Governor Godwin Obaseki that the kidnappers that attacked the train in Igueben on Saturday be smoked out of their hiding and the persons abducted be rescued, we are happy to announce that six persons have been rescued.

“The six persons are: a 65-year-old man, a nursing mother and her baby, a six-year-old girl, and two siblings; aged two and five years old.

“We commend the efforts of the rescue team in the bushes and their support staff that have been working tirelessly since the incident occurred to ensure the kidnapped passengers are rescued and reunited with their families.

“We are confident that the other victims will be rescued soon as the highly motivated security personnel are in high spirits and have doubled down on the hot chase of the kidnappers.’

“As events unfold in the bushes, be assured that we will keep you posted and we crave the support of all stakeholders, particularly the media, to stay with the facts and avoid sensational reports that could further inflict emotional pain on the families and friends of the victims who are already in distress. Operation Bush Combing continues.”