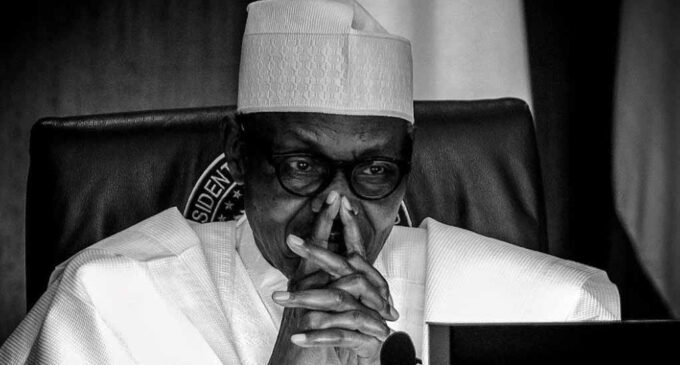 President Muhammadu Buhari on Tuesday, made a stunning revelation, saying he was an orphan, he had no idea who his father was and that he spent nine years in a boarding school to acquire an education that enabled him to get enlisted in the Nigerian Army.

He made the revelation while speaking at the All Progressives Congress, APC, presidential campaign rally at August 27 Stadium in Damaturu on Tuesday.

The President in his attempt to buttress the importance of education urged the mammoth crowd at the stadium to ensure they send their children to school, stressing that whatever they have in this world can be taken away except the knowledge they have acquired.

Selling the candidacy of Tinubu and Shettima, the President said a vote for both party flagbearers, would guarantee the sustenance of progress made in the security, economy and education sectors of the country.

Buhari also seized the campaign to reel out his achievements against terrorists in the region, insisting that the APC-led government is more than ever before energized to defeat whoever threatens the unity of Nigeria.

While addressing the crowd in Hausa language, Buhari recounted how Boko Haram inflicted damage on the people, their property and the economy, before the intervention of the government led to the decimation of the terrorists by the Nigeria Armed Forces and security agencies.

‘‘Make sure you send your children to school and make them understand that whatever you have in this world can be taken away from you except the knowledge you have in your head,” said Buhari.

He then added: ‘‘I was an orphan; I did not know my father. I spent nine years in a boarding school and because of [my] education, I was enlisted into the Nigerian Army.”

He told them: ‘‘I want you to strengthen your faith, try your best to uphold the children and family God has entrusted to you. Do not betray that trust.”