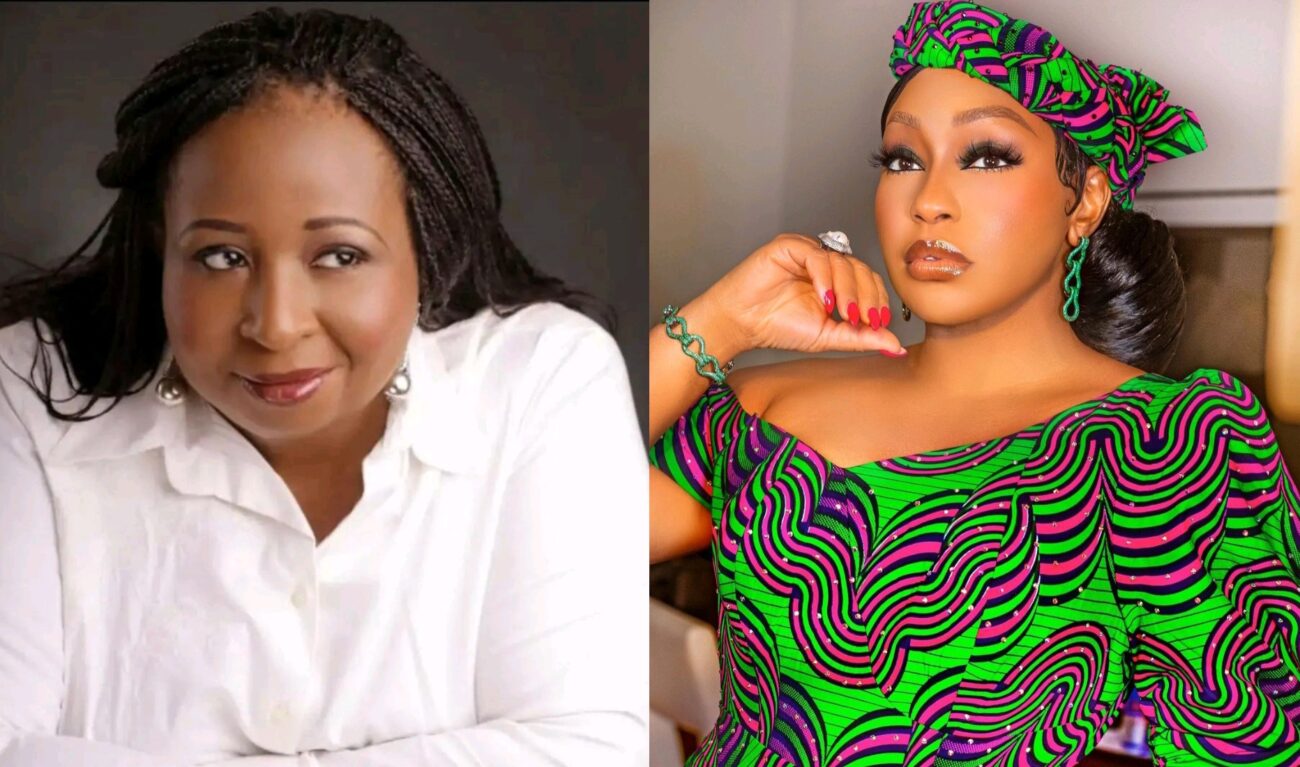 The newly married actress took to her Instagram page on Tuesday to express how she feels over the huge loss.

For Rita Dominic, it is really hard to say goodbye.

READ ALSO:   DJ Switch speaks about molestation by her uncle, a Catholic priest, when she was only 11

Your contributions to the growth of Nollywood and African cinema will never be forgotten. You empowered so many creatives in Africa through your platform including me. Thank you for all sis.. thank you.
Adieu till we meet to part no more..” she wrote.

Reacting to her death, Ramsey Nouah took to his Instagram page to pour out tribute to late Peace.

“My dearest Peace, it’s with a heavy heart I write this and I wish that maybe, just maybe, its all a nightmare I will wake up from. You had plans! There were so many heights to reach, so many grounds to break and so many destinies waiting to take flight on the wings of your platform. Life really is fleeting! The news of your passing is another huge shock. You were a force, an icon and a visionary leader in Nollywood. You have written your name in the sands of time and your legacy continues to live on. Rest in peace dear sister and May God grant your loved ones the fortitude to bear this loss. You will forever be remembered. Adieu Sister,” he wrote.