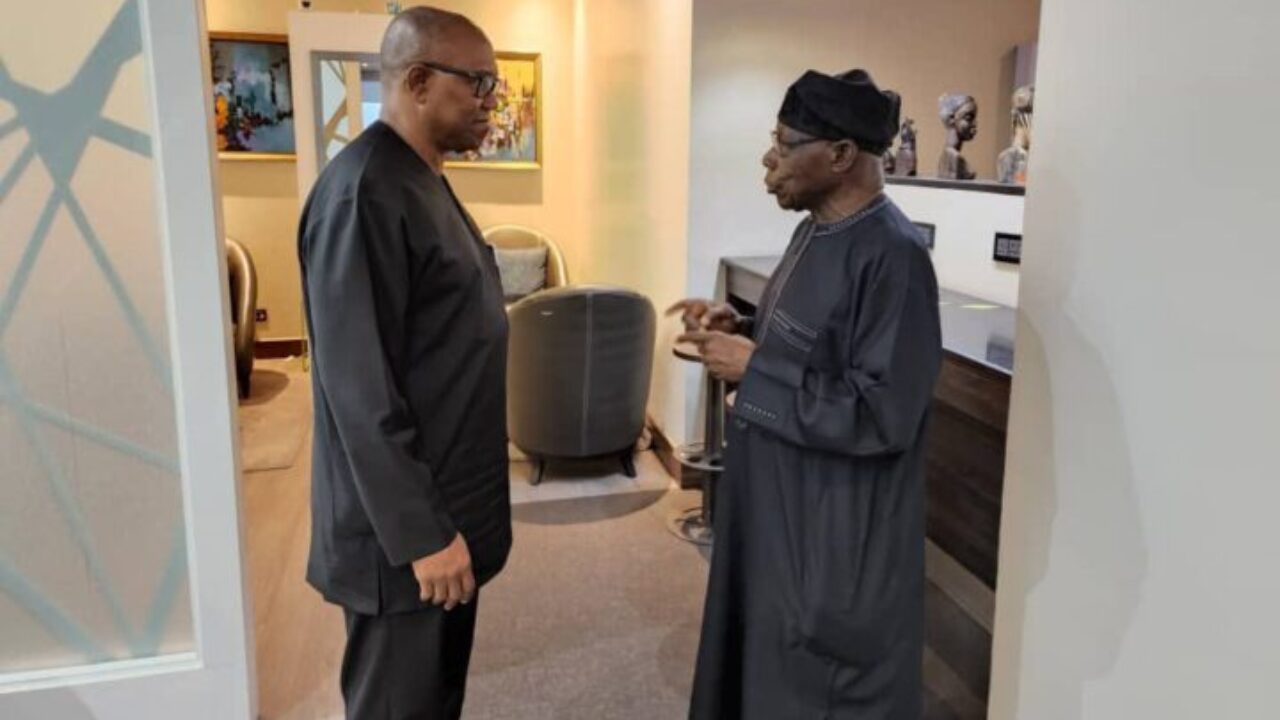 Former president, Chief Olusegun Obasanjo recently broke his silence vis-à-vis the forthcoming presidential election slated for 25 February, 2023. But that is if the umpire, Independent National Electoral Commission (INEC) wouldn’t repeat the postponement it had deployed in the two previous elections in concert with the ruling political parties respectively; the Peoples’ Democratic Party (PDP) in 2015 and All Progressives Congress (APC) in 2019, merely to frustrate the oppositions, disorganize and demoralize electorates with new dates. The fear is that the dirty game played out in the previous poll conducted by Mahmoud Yakubu-led INEC. His predecessor, Attahiru Jega claimed “intelligence reports”, while Yakubu; “logistic and operational problems”. It is hoped the dates won’t be tampered with this time.

On the issue at stake, Obasanjo in his open expression points at the presidential candidate of the Labour Party, Peter Obi as the most credible candidate for the seat. This is an exercise of fundamental rights. But since then, the two dominant political parties; APC and PDP have not given the statesman a breathing space. In fact, Obasanjo is regularly attacked at rallies as if he is a contestant. The verbal attacks, name-calling have been unmatched. The duo described the endorsement as worthless, insignificant, trash etc. But before that, APC presidential candidate, Bola Tinubu had reverentially visited the same former president at his Abeokuta country-home on 17 August 2022 accompanied by prominent tribesmen for support.

Again, Tinubu had on November 3 lauded Obasanjo’s exploits on the continent, not just Nigeria.  Tinubu said: “I commend the statesmanship of former President Olusegun Obasanjo as he continues his contribution to the stability of the African continent with a successful diplomatic mission in Ethiopia where he led the mediation of an important peace treaty”. On the side of Atiku Abubakar, the PDP presidential candidate, in 2015 and 2019 respectively, the former Vice President visited the same Obasanjo at Abeokuta to support his presidential ambition in the two political dispensations. So, what eventually changed to make Obasanjo ‘worthless’ as claimed by APC and PDP?

Obviously, the weird politics-without-integrity these days is worrisome considering that the youths are watching and learning, and dangerously, coming from some people that hitherto, outwardly appeared noble. The truth is that the political space particularly from the camps of the two hitherto dominant political parties; APC and PDP that ought to show the light is awfully filthy and damaging. Their campaigns are more of ad hominem instead of addressing issues, akin to then campaigns of Donald Trump in the United States. It must be noted that a general election is for recruiting officials in public offices.

This notion of ‘absolute loyalty’ to political parties is dangerous, and should give way for national interest. Otherwise, people will end up enthroning mediocrity which may also affect them too. From observations, many sound minds have distanced themselves from defective candidates shabbily nominated by crooked party members. This is commendable and a remedy to foreseeable national disasters. Any political party dreaming of winning elections must present quality candidates. Otherwise, if it wins by deceptions, the mediocrity will unleash excessive hardship on the vulnerable masses.

So far, the candidate of Labour Party, Obi has robustly continued to play politics like the civilized climes by only articulating his manifestoes to the people, utilizing all available spaces and opportunities without any attacks on his opponents. Obi always avails himself for media debates and interviews while his frontline co-contenders are always on the run for fear of questioning. Arguably, none amongst the candidates except Obi has passed the aptitude test and shown deep understanding of the nation’s problems from their campaigns.

Though the laws are silent on election debates, they play pivotal roles in elections. Debate and interviews remain the only mediums to openly interrogate, screen candidates for public offices. A question to the ‘running-away’ contestants; do they hire employees in their organisations without interviews or screening? It is not sufficient to present documents as credentials. The presidential/governorship candidates in particular ought to compulsorily face the public through election debates as a prerequisite considering that election is fundamentally vital.

The 1999 Constitution (FRN) in Sections 131(d) and 177(d) pegs minimum qualification for president and governor respectively to School Certificate. Nonetheless, there’s a need to complement the benchmark with election debates through the Electoral Act for checks and balances. Otherwise, someday, a feeble-minded person with ‘acquired’ credentials will be sworn in as president. This garbage; dodging debates and interviews introduced by APC has dangerous implications as it shields shadiness and bad records. There should be open interrogations, screening of candidates by the umpire through the media. So, the National Assembly should critically look at the oversight for future elections.

By Obi’s disposition in articulating his plans alongside records to any audience, logically, Obasanjo’s endorsement is fair, justifiable. Even if Obasanjo ‘failed’ during his term, his endorsement devoid of tribal sentiment or self-centeredness but objectivity and national interest, is statesmanship. The poise in Obi is an ideal attribute for public office as important as the president. To be dodging professionals, elites particularly the media in guise of preference for town-hall meetings is a mischief, and presenting a manifesto but dodging to defend the claims is a scam. Sadly, some people are standby, defending such aberrations in the name of playing politics.

Instructively, the office of the president is demanding, and seriously requires an idea hamster; a sound, credible and competent person, not a mere politician or for satisfying personal ambition. From some quarters, it was echoed; ”I have paid my dues”; “I have made people”; “It is my turn”, etc. as rationales for presidential ambition. These are jargons and babbles. It is nobody’s turn. An election is purposely to hire the best and proficient brain to lead the populace as practiced in the private sector. Anything contrary will be counterproductive. So, it is nobody’s, but everybody’s turn to decide the future of the country.

Umegboro, ACIArb is a public affairs analyst and social advocate.