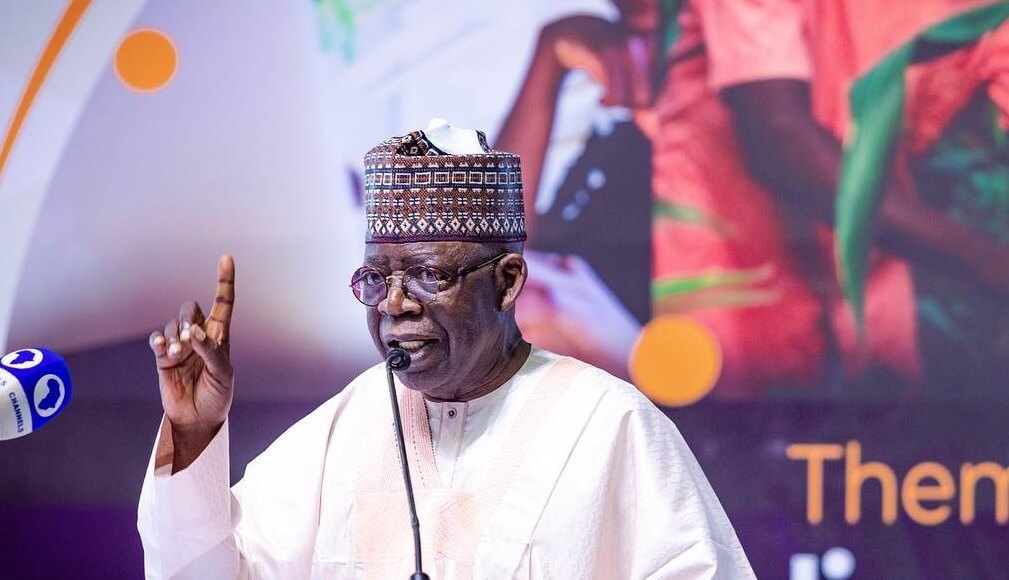 The All Progressives Congress (APC) presidential candidate, Bola Tinubu, has sparked reactions over a derogatory statement to Igbos during his campaign rally in Enugu State.

Tinubu was accompanied by Governor Abdullahi Ganduje of Kano State and his Jagawa counterpart, Abubakar Badaru, alongside other APC national leaders.

At the campaign rally held at the Michael Okpara Square, Enugu, Tinubu subtly warned the Igbos that they would continue to be marginalized until he gets their support.

The former governor of Lagos State acknowledged that the Igbos are working hard but urged them to work harder because nobody will give them credit until they deliver victory.

According to Tinubu, the Igbos will get nothing but a slight clap or half-soaked slice of bread until he becomes the president of Nigeria.

Tinubu’s statement sparked reactions as many netizens faulted him.