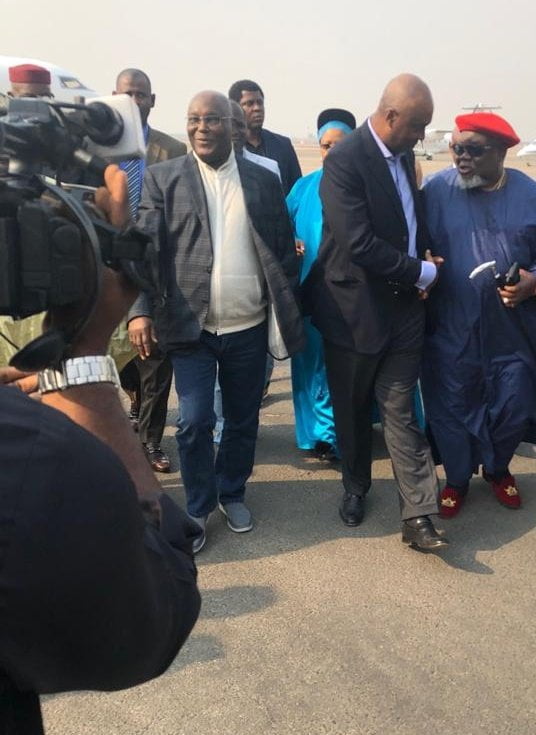 The presidential candidate of the Peoples Democratic Party (PDP), Atiku Abubakar, has returned to the country on Friday morning after being away for nearly two weeks.

CityNews reports that Atiku was received at the Nnamdi Azikwe Airport in Abuja by some PDP leaders and supporters, who welcomed the former Vice President with singing and dancing.

It is understood that the PDP flagbearer returned to the country for the continuation of his presidential campaign rallies billed for Lokoja, the Kogi state capital on Saturday.

Recall that he took a vacation in Dubai, the United Arab Emirates to spend time with his family since January 1st, 2023 before traveling to the United Kingdom for strategic meetings ahead of the February 28 presidential election.

The PDP flagbearer had arrived in London on Monday, January 9 for a planned meeting with the officials of the British government on Tuesday and Wednesday.

The former Vice President also met with the Archbishop of Canterbury, Justin Welby, on Wednesday.