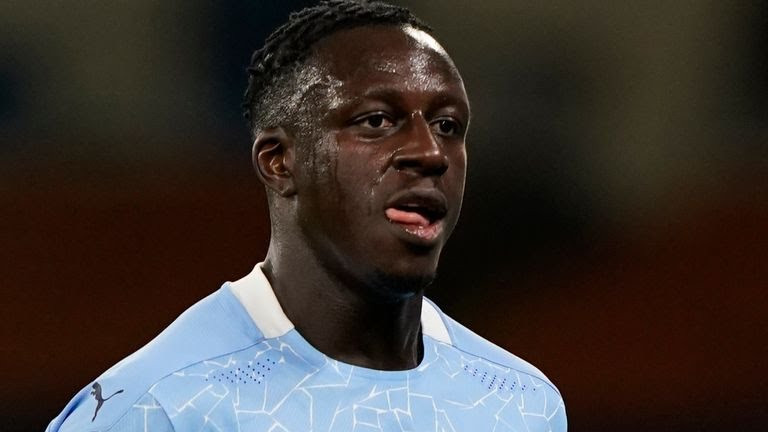 The Manchester City footballer Benjamin Mendy has been found not guilty of raping four women and sexually assaulting another during alcohol-fuelled parties at his Cheshire mansion.

The former French international slumped with his head in his hands as he was cleared unanimously of six counts of rape and one of sexual assault after a five-month trial at Chester crown court.

However, the 28-year-old will face a second trial after the jury was unable to reach verdicts on a charge of raping one woman and attempting to rape another.

Mendy, who appeared close to tears in the court dock, had been accused of being a “predator” who turned the pursuit of women for sex into a game during parties, some held during Covid lockdowns, at his £4.8m home. But he told jurors that the women who accused him of rape had all wanted to have sex with him. He denied groping the woman who claimed he had sexually assaulted her in his kitchen.

In a statement issued by his solicitors after the verdicts, Mendy said he was “delighted” with the acquittals. The footballer “looks forward to clearing his name” on the two remaining counts “so he can start rebuilding his life”, the statement said.

Mendy will go on trial over the two remaining charges on 26 June – two and half years after he was first arrested. The footballer, who joined Manchester City six years ago as the world’s most expensive defender, had been accused of seven counts of rape against four women, one count of attempted rape against a fifth woman and a further charge of sexual assault against a sixth woman after being arrested on 11 November 2020.

Mendy’s co-defendant, Louis Saha Matturie, who had been described as the footballer’s “fixer”, broke down in tears as he was found not guilty of three charges of rape involving two women. The jury was unable to reach verdicts on six other counts against the 41-year-old: four alleged rapes against three women and the alleged sexual assault of two women. He will go on trial for those charges in the week commencing 18 September.

The jury of seven men and four women was discharged on Friday after deliberating for nearly 70 hours over 14 days. One juror had been discharged partway through the trial.

Mendy told his trial it was “normal” for him to sleep with lots of different women, sometimes on the same night as they had had sex with his friends. Being a famous footballer made it “honestly, so easy” to pick up women at nightclubs and take them to his home near the Cheshire village of Prestbury, he said.

The six women had accused him of assaulting them at his gated mansion between October 2018 and August 2021, often at illegal parties held during lockdowns.

The parties were fuelled by alcohol and nitrous oxide balloons and often involved guests stripping down in Mendy’s pool. People would have sex in rooms all over the house, sometimes swapping partners, the court heard.

One woman was only 17 when she claimed she was raped on the same night by Mendy and Matturie, known as Saha. The men were cleared of four counts of rape relating to her. The prosecution said it was Matturie’s job to “procure” attractive young women for Mendy and to bring them back to his home, called The Spinney.

Several weeks into the trial, the judge ordered the jury to find both Mendy and Matturie not guilty of raping a 19-year-old woman, after a video emerged showing her having “enthusiastic and obviously consensual sex” with Matturie. Mendy’s defence team used this dropped charge to plant doubt in the jury’s mind, suggesting that if one woman had lied, could the others not also have made up their allegations?

“What you have actually seen with your own eyes in this case is – I hesitate to use the word – a real-life liar,” said Eleanor Laws KC in her closing speech to the jury. “Someone who has made serious criminal allegations against two men. And you have watched it play out, unusually, in front of your eyes. Because when ever does a defendant have a film to prove their innocence? Hardly ever.”

Giving evidence in court, Mendy said that being in prison while on remand had made him “learn lots of things about life”. He said he reflected on his behaviour while sitting in his cell, and realised only then that it was possible to “hurt” women’s feelings even “if we were both OK to have sex”. The way he had sometimes spoken about women was “disrespectful”, he said he had realised.

In a statement, Manchester City said it “notes the verdict” in the trial but said it would not comment further given the second trial.

DCI Kate Tomlinson, of Cheshire constabulary, said the force would continue to support the witnesses in the case.

She added: “We are committed to investigating all allegations of rape and sexual assault – no matter how long ago they took place. If you are a victim of this type of crime, please don’t suffer in silence. Come forward and we will listen to you, we will take action and we will provide you with the support that you need.”