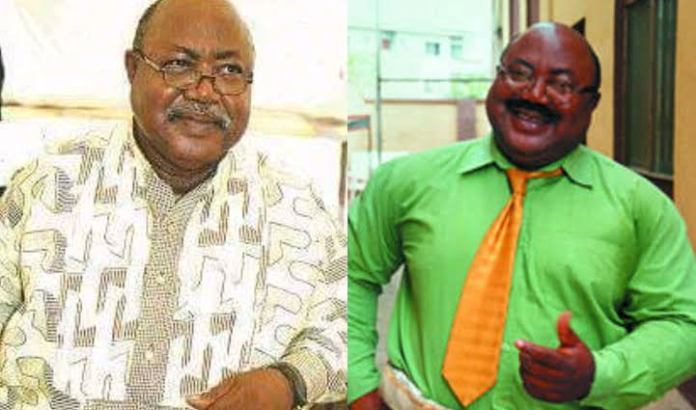 This online news platform understands that Papa Ajasco death was confirmed in a post by a lecturer, writer, and theatre practitioner, Shaibu Husseini Ph.D.

Although the details given by Husseini is quite sketchy, he confirmed that the seasoned Thespian breathed his last on Saturday, January 14, 2023.

Dr. Shaibu wrote, “I have just been reliably informed that the ethnomusicologist, former Music Instructor with the National Troupe OfNigeria and one time stand in for the ‘Papa Ajasco’ character on the popular WAP Comic Series ‘Papa Ajasco’ Mr. Femi Ogunrombi is DEAD”!

According to him, “I am told that the actor, singer, highlife and trained Nurse whom we fondly called ‘Uncle Ogurombo’ (not to his hearing though) passed on this evening”.

CityNews Nigeria reports that the late Femi Ogunrombi took over the character, Papa Ajasco when the former character pulled out of the show and he carried the light very well while it lasted.

Femi Ogunrombi was the face of Papa Ajasco, a TV family comedy. An ethnic-musicologist with tutelage from masters like Dr. Ademola Adegbite and Pa Christopher Oyesiku, he has made his mark in creative activities in drama and music, spanning over 25 years.

The late Papa Ajasco was a recipient of many local and international awards, most notably in 1995 when he was awarded a gold plaque and a Diploma Certificate in Creative Composition in North Korea for performing a song in that language.

Before his death, the late Papa Ajasco actor was also the Founder and Director of the famous Ayoro Voices, a performing choral group at the University of Ife.